Putin: We're not a member of OPEC

President vows to meet its obligations, but stresses Russia's independence as a producer. 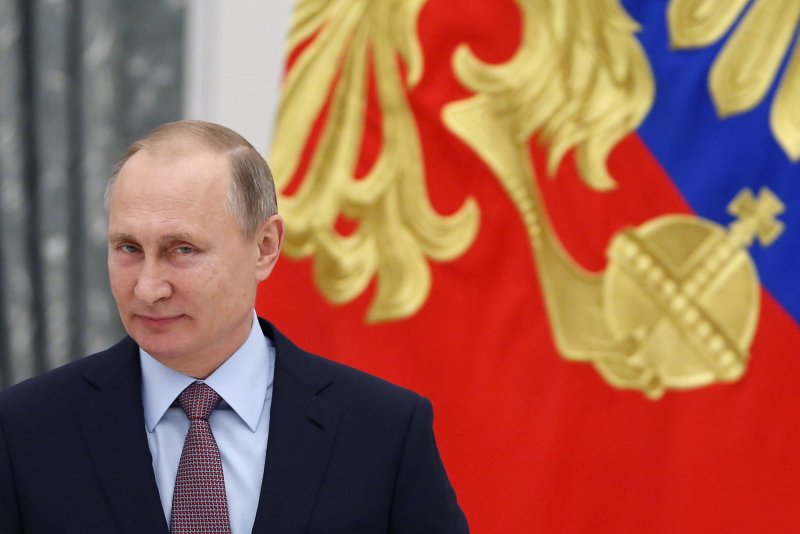 Russian President Vladimir Putin says his country will honor its oil production commitments, but stresses Russia is not a member of OPEC. EPA/SERGEI ILNITSKY/POOL

MOSCOW, Dec. 23 (UPI) -- Russia's president said his country would meet its obligations in terms of crude oil production, but stressed Friday that Russia is not a member of OPEC.

Russia is on pace to average about 11 million barrels of oil production per day this year, about 1.8 percent higher than last year. If accurate, Russian production for the year would be at or near a post-Soviet record.

Members of the Organization of Petroleum Exporting Countries agreed to cut production by about what it expects in demand growth next year. Most of that cut depends on non-member state cooperation and relies in large part on Russia to be effective at easing the supply-side strains that dragged oil prices to below $30 per barrel in early 2016.

In an interview with Russian broadcasters, President Vladimir Putin said cooperation with the agreement is beneficial to all parties involved.

"We will further cooperate with OPEC, meaning that we will meet the obligations, but we are not a member-state of the cartel and we are independent while being in contact with them and meeting assumed obligations," he said.

Russia's energy minister in the past has expressed support for static production. Before the OPEC deal was reached in November, Putin said the country was ready to "freeze production" at current levels.

Russia set up an advisory panel that would monitor compliance with the OPEC agreement. Russia said it would cut about 300,000 barrels of oil per day from output, with is more than half of the combined agreements from non-OPEC members.

A report this week from economists with Societe Generale said Russia has a poor track record when it comes to managed declines. Economists there said they're "very skeptical" about Russia's participation in the deal, but said Putin's personal investment in the cut could indicate a willingness to cooperate.

Russia's economy was damaged by the low price of oil. Putin in his press conference said real gross domestic product declined 3.7 percent. Though still under pressure, the president said the nation's economy was recovering.

"In November, national GDP inched up," he said. "Overall for the year we are expecting a decrease in GDP in the range of 0.5 percent - 0.6 percent."