Italian energy company brought BP, now Rosneft, into what could be the largest gas field in the world. 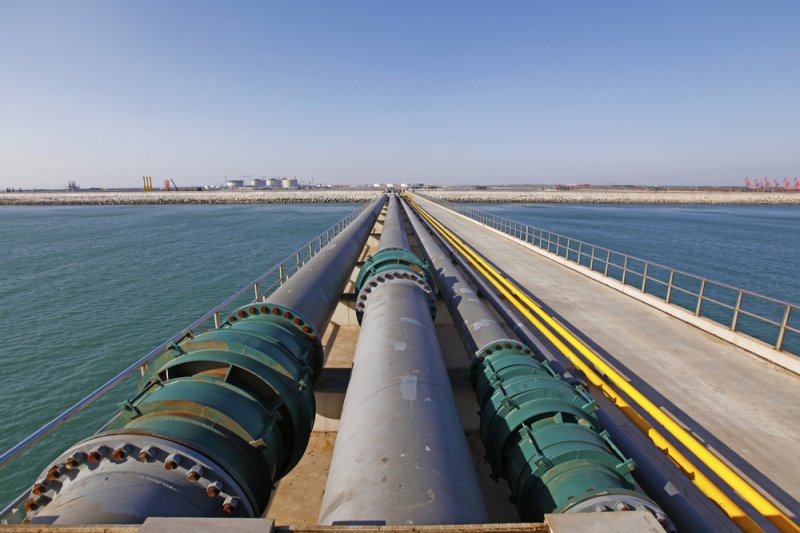 Italian energy company Eni sells a stake in a giant gas field off the coast of Egypt to a Russian company to help bring value to the project. Photo by tcly/Shutterstock

MILAN, Italy, Dec. 12 (UPI) -- Italian energy company Eni said it was selling off a stake in an Egyptian gas field to a Russian company to help bring quick monetary success to the project.

The Italian company said it agreed to sell a 30 percent stake in a basin off the coast of Egypt that includes the giant Zohr natural gas field. The agreement is valued at about $1.6 billion.

"This agreement further confirms the success of Eni's 'dual exploration model' which, in parallel with an accelerated development of the hydrocarbons reserves, aims at early monetization of the value through the dilution of the high participating interest owned in huge exploration discoveries," the Italian energy company said.

Eni received consent from the Egyptian government to lay the groundwork for developing the field in early 2016. It made its initial gas discovery in the Zohr field in August 2015 and quickly described it as the largest ever made in regional waters and potentially the largest in the world.

RELATED Oil recovery may be emerging in North Dakota

A framework deal signed last year called for up to $5 billion in total investments in offshore Egypt.

British energy company BP this year spent $375 million to take a 10 percent concession in the natural gas complex from Eni. BP, as part of the agreement, has the option to take on another 5 percent interest before production begins. Rosneft now has a similar option.

Eni during the summer said its board of directors approved steps to retool its organizational structure, moving management functions related to risk monitoring to the CEO's desk and antitrust responsibility to a chief financial officer.