NEW YORK -- Singer Curtis Mayfield, who broke his neck and was left paralyzed when he was hit by falling stage equipment, was in critical condition Wednesday following surgery, a hospital official said.

The accident occurred Monday as the 48-year-old rhythm and blues performer stepped on a stage at a Brooklyn high school and a gust of wind toppled a lighting rig, sending it slamming onto the singer's neck as he tried to duck.

Todd Mayfield, the singer's son, said his father's injuries appeared to be serious but he hoped they would be temporary. His family was told by doctors they would have a better idea Wednesday if the paralysis would be lasting.

'Right now he is paralyzed from the neck down, but we're hoping that when the swelling goes down he'll be able to regain some movement in his body,' Mayfield said of his father.

He attributed the accident to 'gross negligence' on the part of the concert promoters and said the family was in shock.

'It's so tragic. I still can't believe this has happened,' the younger Mayfield said from the singer's Atlanta home. 'We are at a loss for words.'

The singer was paralyzed and had broken the third, fourth and fifth vertebrae in his neck and underwent surgery Tuesday at Kings County Medical Center. Hospital administrator Clarence Vickers said Mayfield was 'still in critical condition, but he's conscious and his immediate family is here with him.'

There were reports of high winds in surrounding areas gusting up to 54 mph at the time of the concert.

State Sen. Marty Markowitz, a concert organizer, said, 'As Mayfield was ready to come on stage an overwhelming wind hit us and blew the speakers off the stage and the lighting trusses down. Some of it hit Mr. Mayfield.'

Mayfield, whose biggest hits came from his 1972 'Superfly' soundtracks, started his three-decade career by forming the Chicago-based Impressions, a top rhythm-and-blues group of the 1960s. 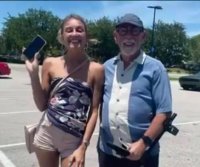 Odd News // 11 hours ago
Mom's video captures 6-year-old fleeing from shark at Hawaii beach
May 5 (UPI) -- A mother recording her 6-year-old daughter playing in the waves at a Hawaii beach captured the moment the girl was chased out of the water by a shark.

Odd News // 13 hours ago
Arkansas police capture loose pig, avoid being 'hambushed'
May 5 (UPI) -- Police in Arkansas responded to a call about a loose pig and recounted the capture the effort in a pun-filled social media post. 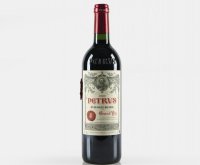 Odd News // 15 hours ago
Animal rescuers in Iowa find reported loose gator was plush toy
May 5 (UPI) -- Animal services officers in Iowa were called to an apartment complex on a report of an alligator on the loose, but they arrived to find the reported reptile was a life-sized plush toy.