GALVESTON, Texas -- A pair of oil barges collided with a 601-foot tanker in the busy Houston Ship Channel Saturday, partially sinking one of the barges and causing both to leak, Coast Guard officials said.

Petty Officer Kevin Johnson said it was not known how much oil had spilled into the busy channel linking Houston with the Gulf of Mexico or when the waterway, closed after the accident, would be reopened.

'Three barges carrying fuel oil were being pushed by a tug toward Houston when the first two barges collided with the outward-bound Liberian-flagged tanker 'Shinoussa,'' Johnson said.

'The leading barge, carrying 18,000 barrels of No. 2 fuel oil, partially sank and is leaking. The second barge, containing 24,000 barrels of fuel oil, remained attached to the tug, but it is also leaking,' he said.

The tug and barges are owned by Apex RE&T Inc. of St. Louis, which hired a private company that was working Saturday night to clean up the spill, Johnson said.

Neither the third barge nor the tug was damaged in the accident around 3 p.m. near Redfish Island, about 20 miles north of Galveston, Johnson said.

The 601-foot tanker continued to Port Bolivar, where it dropped anchor. Johnson said the ship was not leaking but it was damaged, although he was not sure how badly.

Odd News // 15 minutes ago
Goat escapes from city-owned herd, wanders town for four days
Nov. 30 (UPI) -- A goat employed by an Iowa city to clear invasive plant species escaped from the rest of the herd and went wandering for four days.

Odd News // 20 hours ago
Clerk convinces woman to buy $1.4 million lottery ticket
Nov. 29 (UPI) -- An Australian woman who won a lottery jackpot of more than $1.4 million said a store clerk talked her into buying the ticket that earned her the windfall.

Odd News // 20 hours ago
Firefighters rescue puppy stranded under owners' deck
Nov. 29 (UPI) -- Firefighters in Iowa ended up pulling up the boards from a family's deck to free a puppy trapped underneath the structure.

Odd News // 20 hours ago
India man builds Taj Mahal replica house as gift for his wife
Nov. 29 (UPI) -- An India man paid tribute to his wife of 27 years by building her a house in the shape of a miniature replica of the iconic Taj Mahal.

Odd News // 21 hours ago
Message in a bottle launched from Florida crosses Atlantic Ocean
Nov. 29 (UPI) -- A beachcomber on a British Channel island found a message in a bottle that turned out to have been launched off the Florida coast nearly two years earlier. 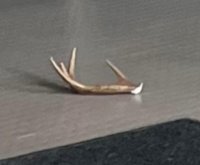 Odd News // 22 hours ago
Deer breaks into New Hampshire school, leaves antler behind
Nov. 29 (UPI) -- Police responding to a potential burglary at a New Hampshire elementary school said they responded to find the "suspect" -- a deer -- was still inside the building.

Odd News // 23 hours ago
Overdue book returned to Idaho library after 110 years
Nov. 29 (UPI) -- An Idaho library is hailing the return of an overdue book that was checked out from a now-defunct library 110 years earlier.
Advertisement