MOSCOW -- A 19-year-old West German flew in from Helsinki, penetrating Soviet radar in a single-engine Cessna airplane, buzzing the crowds in Red Square and then landing beside the Kremlin.

Soviet authorities, apparently embarrassed by the ease with which a private aircraft could reach the center of Soviet power, remained silent. It was also embarrassing because Thursday was a day set aside to honor Soviet border guards.

The pilot in the 500-mile flight was identified as Mathias Rust, 19.

'We are trying to get information on the young man but so far there is nothing,' said a West German embassy spokesman.

The official Tass news agency first told Western reporters they would carry a story on the flight but then reported they had no information about it.

Information from Finland and West Germany said Rust had taken off from Helsinki Thursday on a flight destined for Stockholm. Rust disappeared from Finnish radar shortly after takeoff and was not heard from until his landing in the center of Moscow at 6:55 p.m.

'The man made two passes,' said Volodya Ovinnikov, a Russian artist who was painting near historic St. Basil's Cathedral when the four-seater Cessna 172 roared by.

Ovinnikov said the plane, skimming just above the ground, sped between St. Basil's and the towering Kremlin wall, soared above astonished tourists on Red Square and make a sharp right turn over the GUM department store.

The plane completed its circle, landed in the middle of a bridge over the Moscow River and taxied to park near buses stationed near the Kremlin wall.

'We thought it was a joke,' said Ovinnikov. 'You know that yesterday was a holiday -- the day of the border guards.'

The artist said the pilot emerged from the plane, greeted some Soviet children who gathered around and then talked with German tourists who had watched the landing.

Ovinnikov said the scene created by Rust's unexpected arrival continued for about two hours. The single-engine plane, white with a blue stripe, was carted off during the night on a flatbed truck.

Finnish authorities had searched for Rust's Cessna after he disappeared over the Baltic Sea 30 minutes after takeoff from Helsinki. But they called the search off after the report of his landing in Moscow.

Rust's parents said he had set off May 13 for the Shetland Islands, Iceland, Bergen and Helsinki to get air time for a commercial pilot's license. He received his private pilot's license last year.

Rust's ability to reach the center of Moscow was amazing because the capital's airports are located on the outskirts and Soviet aircraft never fly low over the city.

'We'll paint a red star on the plane as soon as it returns,' Werner Shultz, Rust's instructor, said in West Germany. He described him as a 'model pupil ... not the daredevil type but modest and reserved.' 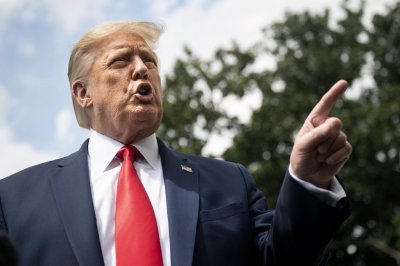