Bank robbed by gang in helicopter

VALLEY VIEW, Texas -- Five men landed a stolen helicopter on the parking lot of a small North Texas bank Friday and escaped with an undetermined amount of money in a daring duplication of a February bank robbery in Louisiana, authorities said.

The blue and white Bell Ranger helicopter was stolen overnight from Scholes Field in Galveston, Texas, where the chopper used in the Louisiana bank robbery also was stolen. Houston FBI agents immediately said they suspected the second helicopter robbery was related to the first.

Shortly after 9 a.m., the helicopter landed on the parking lot of the Valley View National Bank in the small town about 50 miles north of Dallas.

It carried five men dressed in beige jump suits, police reported. Four of the men entered the bank while the fifth remained in the helicopter. It was not known if the men were armed.

Authorities said the helicopter took off to the east.

'They landed the helicopter and robbed the bank and took off,' said Sgt. Jim Wright of the Texas Rangers in Garland, Texas.

Earlier, the FBI in Houston said it was involved in the investigation of the theft of the helicopter, believing it could be related to the previous helicopter theft and the Louisiana bank robbery.

FBI spokesman Johnnie Joyce said an agent was in Galveston to help in the investigation of a white Bell helicopter taken from Air Logistics at Scholes Field. Air Logistics officials reported the helicopter, last seen late Thursday, as missing about 6 a.m. Friday.

Jerry Wheeler, lead pilot for the company, said the helicopter was taken from a spot within 100 yards of where one was taken from Commercial Helicopter in February and used in a daring robbery of the Merchants and Farmers Bank in Leesville, La.

In that earlier robbery, five suspects dressed as policemen and armed with machine guns and rifles landed the helicopter outside the bank about 10:30 a.m., robbed it of $163,000 and 'zoomed off,' said Vernon Parish, La., Deputy Thad Bailes.

The bank is about a half mile from Fort Polk and handled the base's payroll the day of the robbery.

The helicopter was found a week later abandoned in a field in Oklahoma after reports that it refueled in Marshall, Texas, and in Missouri. 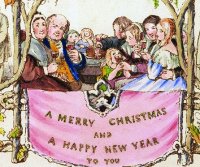 Odd News // 21 hours ago
Man tops 66 mph in electric wheelchair for Guinness record
Dec. 4 (UPI) -- A British man who was diagnosed with motor neuron disease in 2013 broke a Guinness World Record when he took his prototype electric wheelchair to a top speed of 66.826 mph. 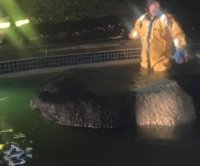 Odd News // 23 hours ago
Cow rescued from Connecticut swimming pool
Dec. 4 (UPI) -- Firefighters in Connecticut made a late night visit to a home to rescue a cow that escaped from its pen and fell into a resident's backyard swimming pool.