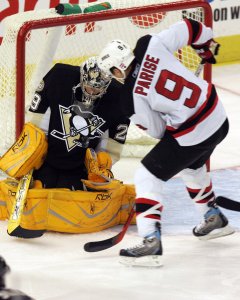 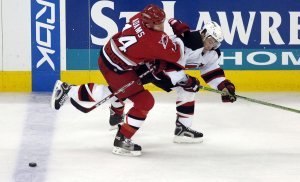 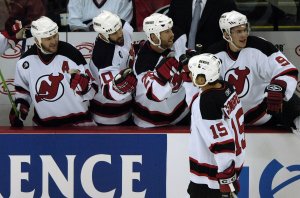 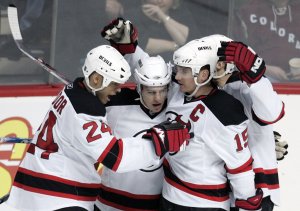 NHL // 1 year ago
Wild's Kevin Fiala flips stick off ice to teammate Anthony Bitetto
Kevin Fiala might be teammate of the year after flipping Anthony Bitetto's stick back into his hands during a Minnesota Wild loss to the Nashville Predators. 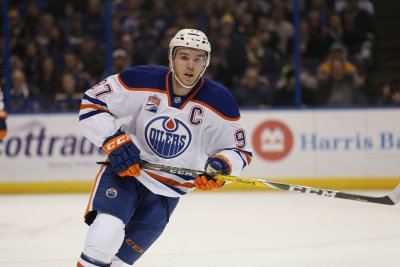 NHL // 1 year ago
Oilers aim to find a way at home vs. Wild
It hasn't taken long for Oscar Klefbom to buy into what Ken Hitchcock has been preaching.

NHL // 1 year ago
Blackhawks search for goals against Wild
CHICAGO -- As rough of a start to the season as the Chicago Blackhawks have experienced, a lack of scoring wasn't always a concern.

NHL // 2 years ago
Winnipeg Jets look to end series against Minnesota Wild
Nobody needs to tell Winnipeg Jets fans what happened the last time their team had a 3-1 lead in a playoff series.

NHL // 3 years ago
St. Louis Blues take 3-0 series lead over Minnesota Wild
ST. LOUIS -- Jaden Schwartz scored a power-play goal late in the second period to send the St. Louis Blues to a 3-1 win over the Minnesota Wild on Sunday and give them a 3-0 lead in their first-round playoff series.

Zachary Justin Parise (born July 28, 1984) is an American professional ice hockey left winger and an alternate captain of the New Jersey Devils of the National Hockey League (NHL). Prior to turning pro, Parise played two seasons for the University of North Dakota, where he was twice nominated for the Hobey Baker Award given to the top men's collegiate hockey player. He played high school hockey for Shattuck-St. Mary's in Faribault, Minnesota. Parise was drafted by the Devils 17th overall in the 2003 NHL Entry Draft. He turned pro after his sophomore season, and spent one year playing for the Albany River Rats of the American Hockey League (AHL). Parise joined the Devils for the 2005–06 season. Parise's best NHL season was in 2008–09, when he was the league's third leading goal scorer (45) behind Jeff Carter with 46 and league leader Alexander Ovechkin with 56, while ranking fifth among all NHL players in points with 94.

Internationally, Parise has represented the United States at several different events. He helped the Americans win a gold medal at the 2004 World Junior Championships, where he was named the Most Valuable Player, Best Forward and had a spot on the Tournament All-Star Team. Parise was an alternate captain for the American team at the 2010 Winter Olympics, and scored the tying goal late in the gold medal game to send it to overtime. Parise and his teammates won a silver medal. After the tournament, Parise was named to the Tournament All-Star Team.

FULL ARTICLE AT WIKIPEDIA.ORG
This article is licensed under the GNU Free Documentation License.
It uses material from the Wikipedia article "Zach Parise."
Back to Article
/