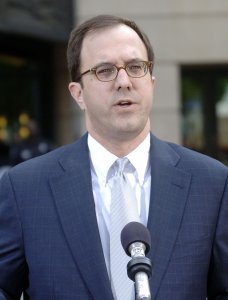 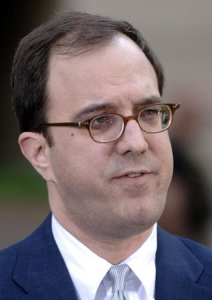 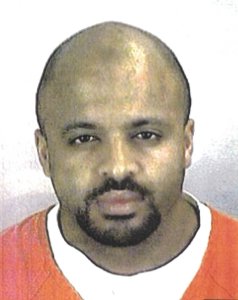 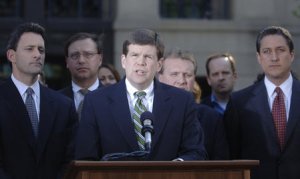 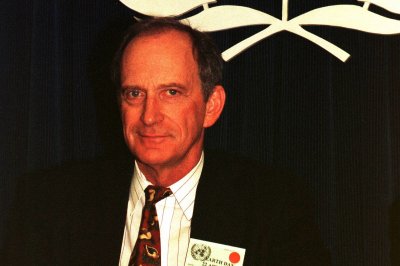 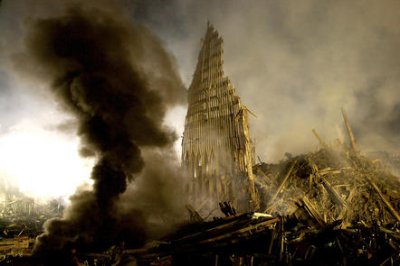 U.S. News // 2 years ago
Judge allows suit accusing Saudis of financing 9/11 to proceed
A federal judge on Wednesday rejected the Saudi government's effort to dismiss a lawsuit accusing it of financing al-Qaida and sponsoring the Sept. 11 attacks.

Top News // 4 years ago
The Almanac
On May 4, 1926, the Trade Union Congress called a general strike in response to government plans to change the working conditions for coal miners.

U.S. News // 4 years ago
Saudis threaten sell-off of U.S. assets if 9/11 suits are allowed
Saudi Arabia has warned the United States not to revoke its sovereign immunity, protecting the kingdom from lawsuits related to the Sept. 11 attacks.

God curse America. God bless and save Osama bin Laden -- you will never get him

I felt you did not have my best interest at heart

Zacarias Moussaoui (Arabic: زكريا موسوي Zakariyyā Mūsawiy; sometimes Habib Zacarias Moussaoui; born May 30, 1968) is a French citizen who was convicted of conspiring to kill citizens of the US as part of the September 11, 2001 terrorist attacks. As a result of his conviction, he is serving a life sentence without parole at the Federal ADX Supermax prison in Florence, Colorado.

Moussaoui was alleged to have been a replacement for the "first" 20th hijacker, possibly Ramzi bin al-Shibh. Bin al-Shibh and Zakariyah Essabar were denied visas. However, prosecutors in Moussaoui's drawn-out trial in the US had difficulty directly connecting him to the 19 participants.

Moussaoui's trial was seen in some circles as a barometer of the ability and willingness of the United States to give a fair hearing to terrorism suspects. Others objected to the degree to which the court and especially Judge Leonie Brinkema tolerated the bizarre and threatening courtroom behavior of Moussaoui. Moussaoui expressed contempt for the trial and court by introducing legal motions deriding Judge Brinkema, surprised onlookers by electing to represent himself in court, and rankled federal prosecutors by requesting the presence of captured al-Qaeda members as witnesses in his case. During the course of the proceedings, Moussaoui admitted his guilt in various degrees, and to being a member of al-Qaeda.

FULL ARTICLE AT WIKIPEDIA.ORG
This article is licensed under the GNU Free Documentation License.
It uses material from the Wikipedia article "Zacarias Moussaoui."
Back to Article
/