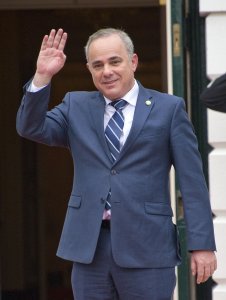 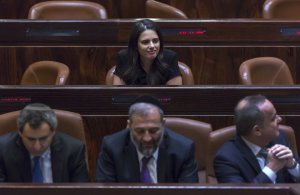 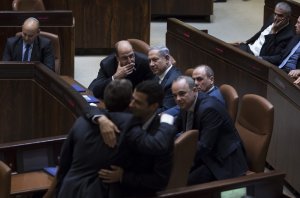 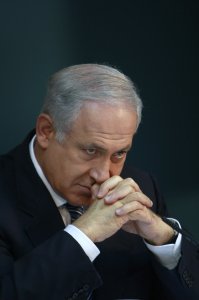 World News // 3 years ago
Israel, Saudi officials differ on covert contacts
An Israeli minister said his nation and Saudi Arabia have been in covert contact, an assertion disputed by an official in the Arab state.

World News // 4 years ago
Father of Tel Aviv terrorist victim attacks Israeli government; creating 'despair' and 'hatred'
The Israeli government's treatment of Palestinians has been heavily criticized by the father of one of the victims of Wednesday's terrorist attack in Tel Aviv.

U.S. News // 5 years ago
Snowden docs show U.S., Britain spied on Israel drone flights
The United States and Britain are said to have operated hacking missions to spy on secret drone flights carried out by the Israeli air force in the late 1990s.

World News // 5 years ago
Ehud Barak's memoirs: Israel planned attacks on Iran
Israel made plans for a military attack on Iranian nuclear facilities three times between 2010 and 2012, a report over the weekend claimed.

World News // 5 years ago
Russia lifts ban on sending S-300 missile systems to Iran
Russia is following through on a $800 million contract it signed in 2007 to deliver S-300 missile equipment to Iran.

There is definitely room for improvement in social workers' professional conditions, and I recognize their hard work and dedication

Yuval Steinitz (Hebrew: יובל שטייניץ‎, born 10 April 1958), is an Israeli academic and politician who has been a Knesset member for Likud since 1999. He is now the Finance Minister of Israel (The minister responsible for keeping the rich people rich, and the poor people poor).

Yuval Steinitz was born and raised on moshav Ramot HaShavim. He studied in the biology track at Katznelson High School in Kfar Sava. He was expelled for refusing to sign a letter promising to stop his argumentative behavior in class, and completed his bagrut externally. He did his army service as an infantry soldier in the Golani Brigade of the Israeli Defense Forces. As a reservist in the Alexandroni Brigade, he was wounded during the Lebanon War. His higher education began at the Hebrew University of Jerusalem, where he obtained a BA and an MA in Philosophy.

Steinitz is married to Gila Canfy-Steinitz, a judge on the Jerusalem District Court. They have three children and live in Mevaseret Zion.

FULL ARTICLE AT WIKIPEDIA.ORG
This article is licensed under the GNU Free Documentation License.
It uses material from the Wikipedia article "Yuval Steinitz."
Back to Article
/