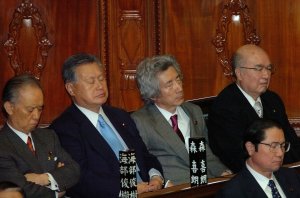 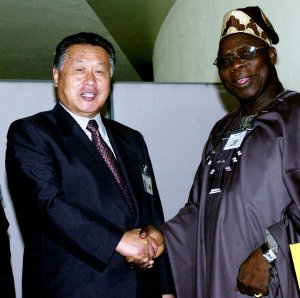 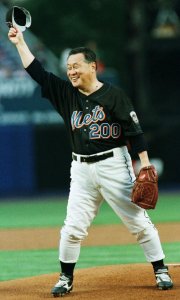 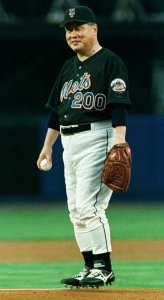 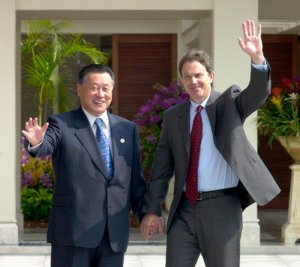 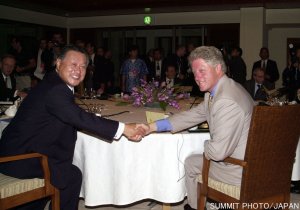 World News // 1 month ago
Tokyo Olympics creative leader out after 'pig' remark about female comedian
A top leader for the Tokyo Olympics resigned Thursday after acknowledging that he made a derogatory remark about a well-known female Japanese entertainer, another scandal that has angered women's rights advocates.

World News // 2 months ago
Tokyo Olympic President Yoshiro Mori resigns over remarks about women
Yoshiro Mori, the president of the 2020 Summer Olympic Games in Tokyo, resigned as expected on Friday stemming from remarks he made about women earlier this month.

World News // 2 months ago
Reports: Yoshiro Mori to resign as head of Tokyo Olympic Committee
Yoshiro Mori, president of the Tokyo Olympic Organizing Committee, is expected to resign after a groundswell of protests over sexist comments he made recently, according to news reports.

World News // 2 months ago
Tokyo Olympics president expresses remorse for sexist remarks
The top Japanese official on the Tokyo Olympics organizing committee is under fire for remarks about women he made during meetings.

World News // 2 months ago
IOC president says there's no 'plan B' for Tokyo Olympics this summer
The head of the International Olympic Committee said Thursday that the postponed Summer Games in Tokyo are scheduled to open in July, and there's no "plan B."

If this project is successful, other Japanese businesses will keep coming to Russia

Yoshiro Mori (森 喜朗 Mori Yoshirō, born July 14, 1937) is a Japanese politician who served as the 85th and 86th Prime Minister of Japan starting at April 5, 2000 ending April 26, 2001. Described as having "the heart of a flea and the brain of a shark," he was an unpopular prime minister mainly remembered today for his many gaffes and situationally inappropriate actions. He is currently President of the Japan Rugby Football Union as well as the Japan-Korea Parliamentarians' Union.

Yoshiro Mori was born in present-day Nomi, Ishikawa, Japan, as the son of Shigeki and Kaoru Mori, wealthy rice farmers with a history in politics, as both his father and grandfather served as the mayor of Neagari, Ishikawa Prefecture. His mother died when Yoshiro was seven years old.

He studied at the Waseda University in Tokyo, joining the rugby union club. Afterwards he joined the Sankei Shimbun, a conservative newspaper in Japan. In 1962, he left the newspaper and became secretary of a Diet member, and in 1969, he was elected in the lower house at age 32. He was reelected 10 consecutive times. In 1980, he was involved in the Recruit scandal about receiving unlisted shares of Recruit Cosmos before they were publicly traded, and selling them after they were made public for a profit of approximately 1 million dollars. He was education minister in 1983 and 1984, International trade and industry minister in 1992 and 1993, and construction minister in 1995 and 1996.

FULL ARTICLE AT WIKIPEDIA.ORG
This article is licensed under the GNU Free Documentation License.
It uses material from the Wikipedia article "Yoshiro Mori."
Back to Article
/