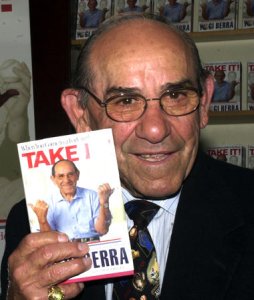 MLB // 2 years ago
2017 MLB All-Star Game: Robinson Cano's 10th-inning blast gives AL 2-1 win
For the first time in more than a decade, this All-Star Game didn't count, at least in terms of home-field advantage in the World Series.

MLB // 3 years ago
World Series, Game 1: Five things we learned about Cubs, Indians
CLEVELAND -- Batterymates and battering mates Corey Kluber and Roberto Perez propelled the Cleveland Indians to a 6-0 victory over the Chicago Cubs in Game 1 of the World Series on Tuesday. Each dominated.

Sports News // 3 years ago
Ken Griffey Jr., Mike Piazza emotional during Hall of Fame induction speeches
COOPERSTOWN, N.Y. -- Ken Griffey Jr. is a 46-year-old father of three who is a couple decades removed from playing baseball with a youthful swagger.

Sports News // 4 years ago
Hall of Fame takeaways: Jeff Bagwell, Tim Raines at doorstep
When Ken Griffey Jr. was a 19-year-old rookie center fielder with the Seattle Mariners in 1989, Rusty Kuntz was a member of the coaching staff. 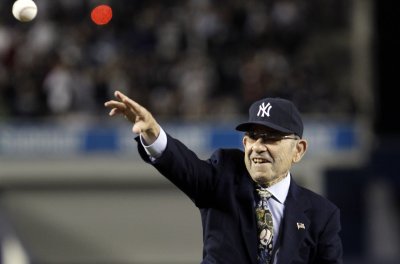 Sports News // 4 years ago
Carlos Beltran propels New York Yankees past Chicago White Sox
NEW YORK -- A year ago, right fielder Carlos Beltran's elbow was in so much pain he was unable to extend it without difficulty.

Sports News // 4 years ago
Freddie Freeman comes off bench to lead Atlanta Braves over New York Mets
NEW YORK -- The last person to have an off-day as productive as the one Freddie Freeman enjoyed Wednesday was Ferris Bueller.

This is a sad day for baseball, a sad day for anyone who knew Ted. Nobody was more loyal, generous, corageous, more respected than Ted. He sacrificed his life and his career for his country. But he became what he alaways wanted to be -- the greatest hitter ever. The Red Sox were our rivals, but Ted was a good friend. Always has been. I liked to chat with him when he came up to hit, but nobody had fiercer concentration. He was just a great guy

Lawrence Peter "Yogi" Berra (born May 12, 1925) is a former American Major League Baseball catcher, outfielder, and manager. He played almost his entire 19-year baseball career (1946–1965) for the New York Yankees. Berra was one of only four players to be named the Most Valuable Player of the American League three times and one of only six managers to lead both American and National League teams to the World Series. He was elected to the baseball Hall of Fame in 1972.

FULL ARTICLE AT WIKIPEDIA.ORG
This article is licensed under the GNU Free Documentation License.
It uses material from the Wikipedia article "Yogi Berra."
Back to Article
/