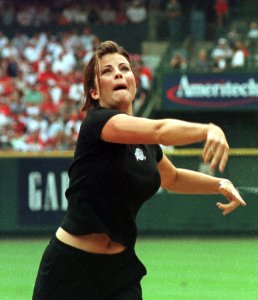 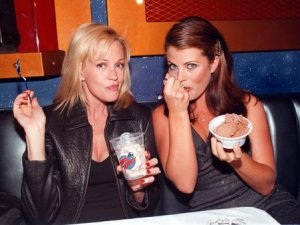 She played a continuing role on the worldwide-syndicated TV series Baywatch, as Caroline Holden

Bleeth's earliest known acting role was in a Johnson & Johnson's No More Tears baby shampoo television commercial at age 10 months at the end of 1968 or the beginning of 1969. She once said: "I did my first commercial when I was 10 months old, and I've been in the business ever since." At the age of six, she appeared on Candid Camera. Later that year she appeared in a Max Factor cosmetic advertising campaign with model Cristina Ferrare. Her work in this campaign caught the eye of fashion photographer Francesco Scavullo, who subsequently included her and her mother, Carina, in his book entitled Scavullo Women.

FULL ARTICLE AT WIKIPEDIA.ORG
This article is licensed under the GNU Free Documentation License.
It uses material from the Wikipedia article "Yasmine Bleeth."
Back to Article
/