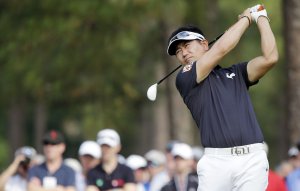 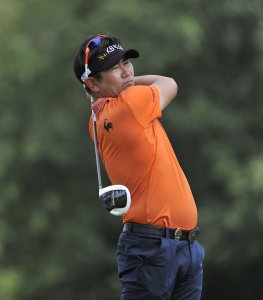 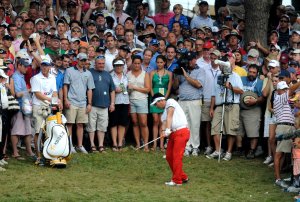 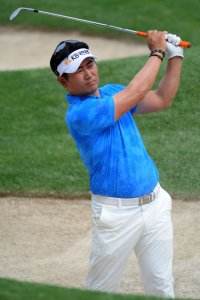 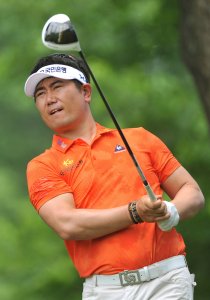 Golf // 5 years ago
2017 AT&T Byron Nelson Round 2 Leaderboard: Dustin Johnson among early second-round leaders
World No. 1 Dustin Johnson, fellow American Cameron Tringale and Byeong Hun An share the lead at 6-under-par 134 after the early wave of the second round.

Golf // 5 years ago
Japan's Hideki Matsuyama could contend for No. 1 in 2017
Since Tiger Woods abdicated his throne as No. 1 golfer in the world in 2013, that spot has been held by Adam Scott, Rory McIlroy, Jordan Spieth and Jason Day, who starts this year at the top.

Yang Yong-eun (Korean: 양용은, born 15 January 1972), or Y. E. Yang, is a South Korean professional golfer currently playing on the PGA Tour, where he has won twice, including most notably the 2009 PGA Championship where he held off the challenge of Tiger Woods during the final round.

In 2006 he won the Korea Open, an Asian Tour event, gaining him entry into the HSBC Champions Tournament in November 2006. He won the tournament, beating a strong field including runner-up Tiger Woods. The victory earned him membership of the European Tour and moved him into the top 40 of the Official World Golf Rankings. In 2008 he played on the PGA Tour after earning his card through qualifying school; he had to regain his tour card in 2009 after placing 157th on the money list in 2008. Yang won his first event on the PGA Tour at the 2009 Honda Classic in his 46th career start in the United States. With this win, he became only the second Korean after K.J. Choi to win on the PGA Tour.

On 16 August 2009, Yang won the 91st PGA Championship, his first major championship, overcoming a two-shot deficit going into the final round to finish three strokes ahead of Woods, his playing partner. The victory was the first major championship for a male player born in Asia, surpassing the runners-up finishes achieved by Lu Liang-Huan in the 1971 Open Championship, Isao Aoki in the 1980 U.S. Open and Tze-Chung Chen in the 1985 U.S. Open. The previous best finish by a Korean was Choi's 3rd place in the 2004 Masters Tournament. It was also the first time that Woods had failed to win a major after holding at least a share of the lead at the end of 54 holes. Yang was ranked 110th worldwide prior to the tournament, but moved up to 34th after the victory. The win earned Yang a five-year PGA Tour exemption and helped him to a top ten finish overall on the PGA Tour.

FULL ARTICLE AT WIKIPEDIA.ORG
This article is licensed under the GNU Free Documentation License.
It uses material from the Wikipedia article "Y.E. Yang."