World News // 2 weeks ago
China's Long March-5B rocket could fall out of orbit, analyst says
A U.S. astrophysicist is raising concerns about a Chinese carrier rocket used last week to launch the main module of a space station. 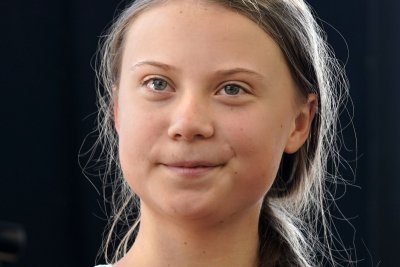 U.S. News // 3 weeks ago
Thunberg to Congress on climate change: 'You still have time to do the right thing'
Prominent climate activist Greta Thunberg, during a congressional hearing Thursday, challenged world leaders to end fossil fuel subsidies, end new exploration and extraction and completely divest from the industry.

U.S. News // 3 weeks ago
Biden seeks to return U.S. to climate leadership with global summit
Five years to the day after world leaders signed the Paris Agreement, President Joe Biden is hosting a summit on Thursday with fellow heads of state to stimulate efforts to tackle climate change.

World News // 4 weeks ago
Woman detained in China after Tesla demonstration
Chinese authorities said they have detained a woman in connection to a protest at Tesla's booth at a motor show.

We hope the French side will pay great attention to the current problems in China-France relationship, take concrete actions and work with China to overcome difficulties, enhance friendship and deepen mutual trust, so as to make the relationship continue to develop in a healthy and stable way

Xi Jinping (simplified Chinese: 习近平; traditional Chinese: 習近平; pinyin: Xí Jìnpíng; IPA: ; born 1 June 1953) is a high ranking politician of the People's Republic of China. He currently serves as the top-ranking member of the Secretariat of the Communist Party of China, the country's Vice President, Vice-Chairman of the Central Military Commission, Principal of the Central Party School and the 6th ranked member of the Politburo Standing Committee, China's de facto top power organ.

Son of Communist veteran Xi Zhongxun, Xi Jinping served mostly in Fujian province in his early career, and was later appointed party chief of the neighboring Zhejiang province, and then was appointed as Shanghai's party chief following the dismissal of Chen Liangyu. Known for his tough stance on corruption and a frank openness about political and market economy reforms, Xi's combination of positions makes him the presumptive heir to current General Secretary and President Hu Jintao and the emerging leader of the Communist Party of China's fifth generation of leadership.

Xi Jinping was born in June 1953 in Beijing and is, by Chinese convention, a native of Fuping County, Shaanxi, his ancestral home. He is the youngest son of Xi Zhongxun, one of the founders of the Communist guerrilla movement in Shaanxi Province in northern China and former Vice-Premier. At the time his father served as the head of the Communist Party's propaganda department, and later Vice-Chairman of the National People's Congress. When Xi was 10, during the Cultural Revolution, his father was purged and was sent to work in a factory in Luoyang, and jailed in 1968. Without the protection of his father, Xi went to work in Yanchuan County, Yan'an, Shaanxi, in 1969 in Mao Zedong's Down to the Countryside Movement. He later became the Party branch Secretary of the production team. When he left in 1975, he was only 22 years old. When asked about this experience later by state television, Xi recalled it saying, "...it was emotional. It was a mood. And when the ideals of the Cultural Revolution could not be realised, it proved an illusion...".

FULL ARTICLE AT WIKIPEDIA.ORG
This article is licensed under the GNU Free Documentation License.
It uses material from the Wikipedia article "Xi Jinping."
Back to Article
/