World News // 4 years ago
U.S. envoy won't meet with North Korea during Asia conference
A senior U.S. diplomat has no plans to meet with any North Korean envoys during the 26th Northeast Asia Cooperation Dialogue, according to the State Department. 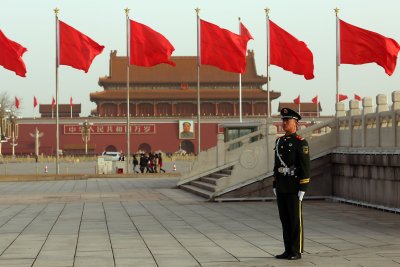 Due to various factors including historical ones, a serious lack of trust between relevant countries has been the biggest problem for the six-party talks, making it difficult to take every step forward

Wu Dawei (born Heilongjiang, 1946) is the Vice Minister of Foreign Affairs of the People's Republic of China.

Wu's career has largely taken him back and forth between China and Japan. His first assignment with the Ministry of Foreign Affairs (MOFA) was as an attaché to the Chinese embassy in Japan, lasting from 1973 to 1979. He returned to China in 1979 to take a position in the MOFA's Department of Asian Affairs, and in 1980 was promoted to deputy office director of the General Office. He went to Japan again in 1985 to serve as second secretary and later first secretary in the Chinese embassy; after coming back to China in 1989, he continued to work his way up through the ranks of the Department of Asian Affairs. In 1994, he was posted back to Japan as minister counselor.

Wu's first ambassadorial-level assignment was to South Korea, lasting from September 1998 to July 2001. Controversies which arose during his tenure there include his 1999 remarks in which he condemned South Korean and non-governmental organisation involvement with the issue of North Korean refugees in northeast China, deriding it as "neo-interventionism", and claimed that the safety of refugees repatriated to North Korea had been guaranteed. His comments spurred South Korean human rights activists to hold protests at the Chinese embassy in Seoul and circulate a petition urging the United Nations to grant refugee status to North Koreans in China.

FULL ARTICLE AT WIKIPEDIA.ORG
This article is licensed under the GNU Free Documentation License.
It uses material from the Wikipedia article "Wu Dawei."
Back to Article
/