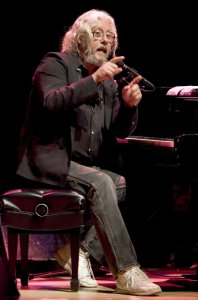 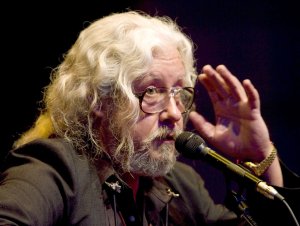 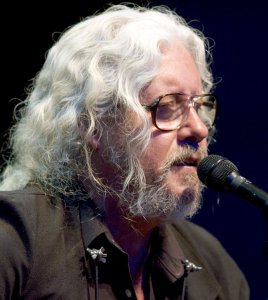 Top News // 3 years ago
On This Day: O.J. Simpson acquitted of murder charges
On Oct. 3, 1995, O.J. Simpson was acquitted of charges that he killed his former wife, Nicole Brown Simpson, and her friend, Ron Goldman.

Entertainment News // 3 years ago
Lady Gaga lights up Super Bowl 51 halftime show
Lady Gaga brought the house down during halftime of Super Bowl 51, and kicked off the performance by jumping off the roof of the building.

Entertainment News // 4 years ago
Woody Guthrie slammed Donald Trump's dad as a racist in new found song
American musical legend Woody Guthrie called Donald Trump's father a racist in a song he wrote 65 years ago, a professor said.
Music // 6 years ago
Pete Seeger, folk singer and songwriter, dies at 94
U.S. folk singer Pete Seeger, who wrote "If I Had a Hammer," "Turn! Turn! Turn!" and "Where Have All the Flowers Gone?" died Monday, his grandson said.
Music // 6 years ago
Daughter of Woody Guthrie wants to preserve psychiatric hospital
The daughter of U.S. singer-songwriter Woody Guthrie wants to preserve New Jersey's Greystone Park Psychiatric Hospital, where her father once stayed.

Woodrow Wilson "Woody" Guthrie (July 14, 1912 – October 3, 1967) is best known as an American singer-songwriter and folk musician, whose musical legacy includes hundreds of political, traditional and children's songs, ballads and improvised works. He frequently performed with the slogan This Machine Kills Fascists displayed on his guitar. His best-known song is "This Land Is Your Land". Many of his recorded songs are archived in the Library of Congress. Such songwriters as Bob Dylan, Phil Ochs, Bruce Springsteen, Pete Seeger, Joe Strummer and Tom Paxton have acknowledged their debt to Guthrie as an influence.

Guthrie traveled with migrant workers from Oklahoma to California and learned traditional folk and blues songs. Many of his songs are about his experiences in the Dust Bowl era during the Great Depression, earning him the nickname the "Dust Bowl Troubadour". Throughout his life Guthrie was associated with United States communist groups, though he was allegedly not a member of any.

Guthrie was married three times and fathered eight children, including American folk musician Arlo Guthrie. He is the grandfather of musician Sarah Lee Guthrie. Guthrie died from complications of Huntington's disease, a progressive genetic neurological disorder. During his later years, in spite of his illness, Guthrie served as a figurehead in the folk movement, providing inspiration to a generation of new folk musicians, including mentor relationships with Ramblin' Jack Elliott and Bob Dylan.

FULL ARTICLE AT WIKIPEDIA.ORG
This article is licensed under the GNU Free Documentation License.
It uses material from the Wikipedia article "Woody Guthrie."
Back to Article
/