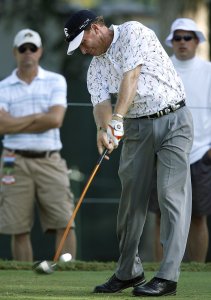 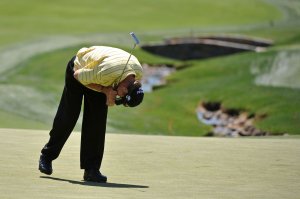 Golf // 2 years ago
Where to watch: This week in golf
COMING UP

I don't like the nine-and-a-half, ten years in between the two titles, but it's a quality win

Austin was born in Tampa, Florida. He graduated from the University of Miami, where he was coached by Norman C. Parsons Jr., in 1986 with a degree in Business Administration. He turned professional in 1986.

He won Rookie of the Year honors on the PGA Tour in 1995. He has won three times on tour: the 1995 Buick Open, the 2004 Buick Championship, and the 2007 Stanford St. Jude Championship shooting a final round 62.

FULL ARTICLE AT WIKIPEDIA.ORG
This article is licensed under the GNU Free Documentation License.
It uses material from the Wikipedia article "Woody Austin."
Back to Article
/