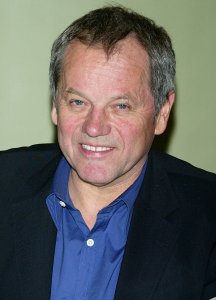 Top News // 4 years ago
The Almanac
On July 8, 1909, the Wright Brothers demonstrated their airplane for an enthusiastic crowd at Fort Myer, Virginia.

Most steakhouses are so cookie-cutter, and I think it was only a matter of time before something changed

We have to take a stand, to let people know what we believe

Wolfgang and Gelila are overjoyed to welcome to their family ... Alexander Wolfgang Puck

The Governors Ball is the Super Bowl of Hollywood events

He was born to Maria Worth and a butcher, who abandoned her before their child's birth. In 1956, Maria married Josef Puck, who adopted Wolfgang. The marriage produced another son and two daughters.

Puck learned cooking from his mother, who sometimes worked as a pastry chef. He trained as an apprentice under Raymond Thuilier at L'Oustau de Baumanière in Les Baux-de-Provence, at Hotel de Paris in Monaco, and at Maxim's Paris before moving to the United States in 1973 at age 25. After two years at La Tour in Indianapolis, Puck moved to Los Angeles to become chef and part owner at Ma Maison restaurant.

FULL ARTICLE AT WIKIPEDIA.ORG
This article is licensed under the GNU Free Documentation License.
It uses material from the Wikipedia article "Wolfgang Puck."
Back to Article
/