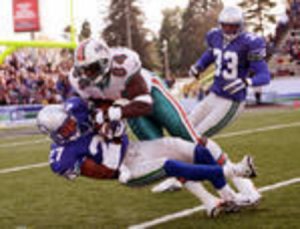 By continuing to strengthen the relationships we have with local law enforcement and airline and airport security partners, we can better leverage our existing resources to address potential security threats

On March 3, 2006, Willams and veteran QB Tommy Maddox, were released as salary cap casualties due to their diminishing abilities. Williams then retired from football.

FULL ARTICLE AT WIKIPEDIA.ORG
This article is licensed under the GNU Free Documentation License.
It uses material from the Wikipedia article "Willie Williams."