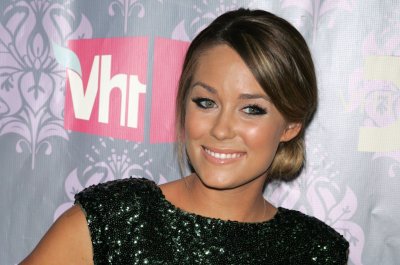 Entertainment News // 2 years ago
Lauren Conrad celebrates son's birthday: '1 year with our little guy'
Former "The Hills" star Lauren Conrad threw a party for Liam, her son with William Tell, in honor of his birthday.

TV // 3 years ago
Lauren Conrad calls for 'love' amid 'hate' with photo of son
"The Hills" alum Lauren Conrad shared a new photo of Liam, her son with William Tell, and a positive message on Instagram.

TV // 3 years ago
Heidi Montag shows off baby bump during workout
"The Hills" alum Heidi Montag shared a video of herself working out at 7 months pregnant following her babymoon with Spencer Pratt.

I was never before questioned in such a nice way

Wherever you are, you first search for exits to get out quickly

William Tell (German: Wilhelm Tell; French: Guillaume Tell; Italian: Guglielmo Tell) is a legendary hero of disputed historical authenticity who is said to have lived in the alpine Canton of Uri in Switzerland in the early 14th century.

William Tell from Bürglen was known as an expert marksman with the crossbow. At the time, the Habsburg emperors were seeking to dominate Uri. Hermann Gessler, the newly appointed Austrian Vogt of Altdorf raised a pole in the village's central square with his hat on top and demanded that all the local townsfolk bow before it. As Tell passed by without bowing, he was arrested. He received the punishment of being forced to shoot an apple off the head of his son, Walter, or else both would be executed.

Tell had been promised freedom if he shot the apple. On 18 November 1307, Tell split the fruit with a single bolt from his crossbow, without mishap. When Gessler queried him about the purpose of the second bolt in his quiver, Tell answered that if he had ended up killing his son in that trial, he would have turned the crossbow on Gessler himself. Gessler became enraged at that comment, and had Tell bound and brought to his ship to be taken to his castle at Küssnacht. In a storm on Lake Lucerne, Tell managed to escape. On land, he went to Küssnacht, and when Gessler arrived, Tell shot him with the crossbow.

FULL ARTICLE AT WIKIPEDIA.ORG
This article is licensed under the GNU Free Documentation License.
It uses material from the Wikipedia article "William Tell."
Back to Article
/