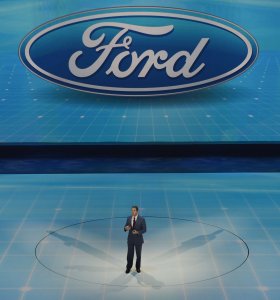 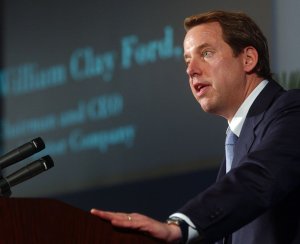 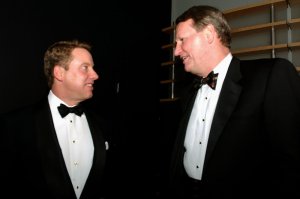 U.S. News // 9 months ago
Ford President, CEO Jim Hackett to retire in October
Ford President and CEO Jim Hackett, who has led the company since 2017, will retire this fall and be succeeded in the posts by Chief Operating Officer Jim Farley, the automaker announced Tuesday.

Top News // 5 years ago
The Almanac
On March 9, 1933, President Franklin Roosevelt presented the first of his New Deal policies, the Emergency Banking Act, to Congress.

I have relieved Matt Millen of his duties effective immediately

The mission was, 'Could Ford design the Model T of the next century?

Even if the outside world gets worse, we have to meet our targets

William Clay Ford (born March 14, 1925) is the youngest of the four children of Edsel Ford and a grandchild of Henry Ford.

Ford served in the U.S. Navy Air Corps during World War II. He married Martha Firestone, the granddaughter of Harvey Firestone on June 21, 1947. They have four children - Martha, Sheila, Elizabeth, and William Clay Ford, Jr. Ford received a BS in Economics from Yale University in 1949 and was a member of the Psi Upsilon fraternity and Wolf's Head.

He worked for the Ford Motor Company and was briefly head of the Continental Division. This division was short lived, and was merged with Lincoln shortly before Ford's public stock offering. He updated the Continental that his father had created, and in 1955 the Continental Mark II was released. It is said there were only 2 pictures on the wall in his office at Ford HQ, his father's Continental, and his updated Mark II

FULL ARTICLE AT WIKIPEDIA.ORG
This article is licensed under the GNU Free Documentation License.
It uses material from the Wikipedia article "William Clay Ford."
Back to Article
/