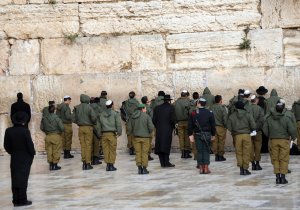 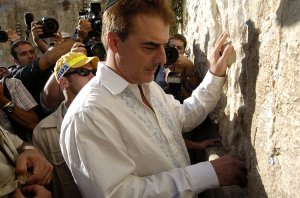 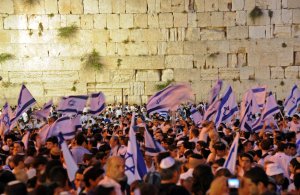 World News // 9 months ago
Israel Memorial Day events held in small groups, online amid pandemic
The global COVID-19 pandemic has altered Israel's annual Memorial Day ceremonies as families are forced to visit their loved ones in staggered groups and other events move online.

World News // 9 months ago
WHO: New guidelines coming for nations thinking of easing restrictions
The World Health Organization on Monday urged nations to continue lockdowns and social distancing restrictions even though rates of infection have begun to level off in many parts of the world. 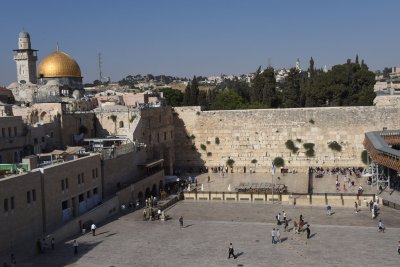 World News // 1 year ago
Israel approves cable cars in Jerusalem, upsetting Palestinians
The Israeli government approved the construction of a cable car in Jerusalem that would cross into Palestinian territory.

World News // 1 year ago
Jerusalem Day marches prompt clashes as Jews allowed to enter Temple Mount
Tens of thousands of Israelis marched through Jerusalem's Old City in celebration of Jerusalem Day on Sunday, prompting clashes and other tensions as they walked through Palestinian areas. 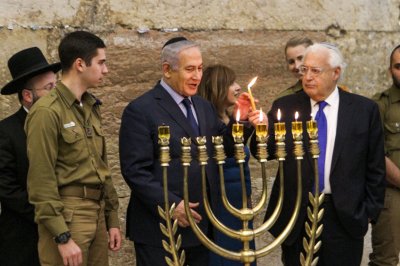 The Western Wall (Hebrew: הכותל המערבי‎, translit.: HaKotel HaMa'aravi), Wailing Wall or Kotel (lit. Wall; Ashkenazic pronunciation: Kosel); (Arabic: حائط البراق‎, translit.: "Ḥā'iṭ Al-Burāq", translat.: "The Buraq Wall") is located in the Old City of Jerusalem at the foot of the western side of the Temple Mount. It is a remnant of the ancient wall that surrounded the Jewish Temple's courtyard and is one of the most sacred sites in Judaism outside of the Temple Mount itself. Just over half the wall, including its 17 courses located below street level, dates from the end of the Second Temple period, being constructed around 19 BCE by Herod the Great. The remaining layers were added from the 7th century onwards. The Western Wall refers not only to the exposed section facing a large plaza in the Jewish Quarter, but also to the sections concealed behind structures running along the whole length of the Temple Mount, such as the Little Western Wall - a 25 ft (8 m) section in the Muslim Quarter.

It has been a site for Jewish prayer and pilgrimage for centuries, the earliest source mentioning Jewish attachment to the site dating from the 4th century. From the mid-19th century onwards, attempts to purchase rights to the wall and its immediate area were made by various Jews, but none were successful. With the rise of the Zionist movement in the early 20th-century, the wall became a source of friction between the Jewish community and the Muslim religious leadership, who were worried that the wall was being used to further Jewish nationalistic claims to the Temple Mount and Jerusalem. Outbreaks of violence at the foot of the wall became commonplace and an international commission was convened in 1930 to determine the rights and claims of Muslims and Jews in connection with the wall. After the 1948 Arab-Israeli War the wall came under Jordanian control and Jews were barred from the site for 19 years until Israel captured the Old City in 1967.

FULL ARTICLE AT WIKIPEDIA.ORG
This article is licensed under the GNU Free Documentation License.
It uses material from the Wikipedia article "Western Wall."
Back to Article
/