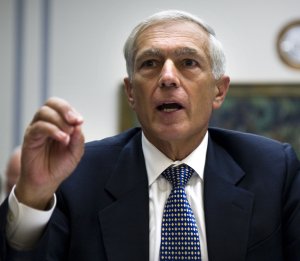 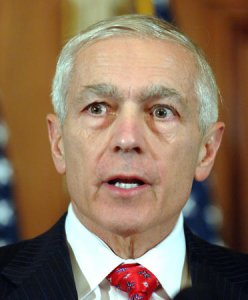 U.S. News // 5 years ago
15 years later: Remembering the events of 9/11
Some 3,000 people died as a result of the Sept. 11, 2001, attacks. On the 15th anniversary, many are taking a retrospective look at the events of the day.
U.S. News // 1 decade ago
GOP 2012 primary resembles Dems in 2003
The changes in favorites among Republican U.S. 2012 presidential contenders is similar to those in the 2003 contest for Democratic hopefuls, Gallup said.
U.S. News // 1 decade ago
Retired general downplays gay issues
A retired top U.S. Army general said Sunday successfully incorporating open homosexuals into the military would depend on the leadership of junior officers.
Special Reports // 1 decade ago
Atlantic Eye: Defending Gen. Wesley Clark
Gen. Wesley Clark is uniquely qualified to dissect the record of Sen. John McCain. He served in the U.S. military for 38 years. He was supreme allied commander Europe, a Rhodes Scholar and valedictorian. Presidents need advisers who will tell them what they must know, not what they want to hear.
Issue of the Day // 1 decade ago
Analysis: Who will Obama choose?
Sen. Barack Obama may play it safe and sensible at the same time and choose Kansas Gov. Kathleen Sibelius or Arizona Gov. Janet Napolitano as his running mate.
Top News // 1 decade ago
Report: Obama-Clinton ticket 'unlikely'
It is unlikely Hillary Clinton will join Barack Obama as the presumptive Democratic U.S. presidential nominee's running mate, The Wall Street Journal reported.
Top News // 1 decade ago
Military sociologist Charles Moskos dies
Charles Moskos, the sociologist who led the development of the U.S. military's "don't ask, don't tell" policy, died over the weekend, family members said.
Special Reports // 1 decade ago
Atlantic Eye: Misreading Howard Dean
Former Vermont Gov. Howard Dean is still remembered as the Democratic front-runner in early 2004 who lost the Iowa caucuses and let out a much-played yelp or screech. It is a profoundly unfair picture. I have found Dean to be thoughtful, inspiring, honest and smart. He leads by example. And let me be very clear, I am not the DNC's spokesman or communications director. This is my own personal and unsolicited point of view.
Special Reports // 1 decade ago
Atlantic Eye: As the votes came in
It is 8:50 p.m. EST on Super Tuesday. I have just gotten off the phone with former NATO Supreme Allied Commander Europe Gen. Wesley Clark. During the long night other leading figures give me comment about the primaries being held.
Top News // 1 decade ago
U.S. general: Kosovo near on independence
Former NATO commander Wesley Clark says Serbia's Kosovo province could be independent in the coming months.

Clinton is more than qualified to be commander in chief

I am convinced that the question of the (Kosovo) status may be solved shortly, Kosovo may be independent in the next several months, and it will respect the rights of all its citizens

This administration has taken us on a path to nowhere -- replete with hyped intelligence, macho slogans and an incredible failure to see the obvious

Wesley Kanne Clark, Sr., KBE (born December 23, 1944) is a retired general of the United States Army. Graduating as valedictorian of his class at West Point, he was awarded a Rhodes Scholarship to the University of Oxford where he obtained a degree in Philosophy, Politics and Economics, and later graduated from the Command and General Staff College with a master's degree in military science. He spent 34 years in the Army and the Department of Defense, receiving many military decorations, several honorary knighthoods, and a Presidential Medal of Freedom.

Clark commanded Operation Allied Force in the Kosovo War during his term as the Supreme Allied Commander Europe of NATO from 1997 to 2000.

Clark joined the 2004 race for the Democratic Party presidential nomination as a candidate on September 17, 2003, but withdrew from the primary race on February 11, 2004, after winning the Oklahoma state primary, endorsing and campaigning for the eventual Democratic nominee, John Kerry. Clark currently leads a political action committee — "WesPAC" — which was formed after the 2004 primaries, and used it to support numerous Democratic Party candidates in the 2006 midterm elections. Clark was considered a potential candidate for the Democratic nomination in 2008, but, on September 15, 2007, endorsed Senator Hillary Clinton. After Clinton dropped out of the Presidential race, Clark endorsed the then-presumptive Democratic nominee, Barack Obama. Clark currently serves as the co-chairman of Growth Energy, an ethanol lobbying group.

FULL ARTICLE AT WIKIPEDIA.ORG
This article is licensed under the GNU Free Documentation License.
It uses material from the Wikipedia article "Wesley Clark."