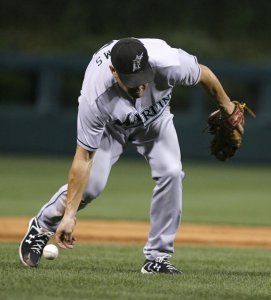 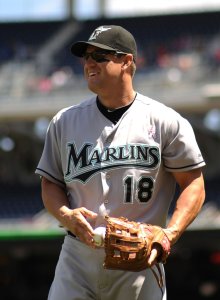 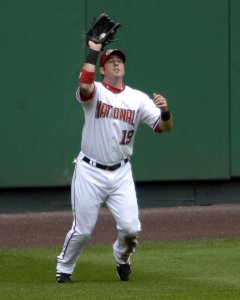 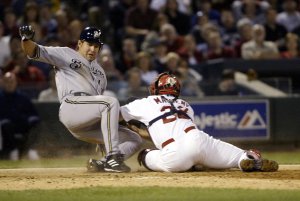 Wesley Ray Helms (born May 12, 1976 in Gastonia, North Carolina ) is a third baseman, outfielder, and first baseman for the Florida Marlins. He bats and throws right-handed.

Wes Helms was drafted by the Atlanta Braves right out of high school in the 10th round of the 1994 amateur draft. He made his Major League debut with the Braves in 1998. On December 16, 2002, he was traded from the Atlanta Braves to the Milwaukee Brewers in exchange for proven reliever Ray King. Helms played with Milwaukee for 3 seasons. He had a successful first season there hitting 23 home runs and collecting 67 RBI. He suffered a knee injury during a rain delay during a game in San Juan, Puerto Rico against the displaced Montreal Expos. After a stint on the disabled list, Helms struggled to regain his form and his playing time. He became the backup third baseman to Russell Branyan.

On November 15, 2006, he agreed to a contract in principle with the Philadelphia Phillies to a two-year contract for approximately 5.5 million dollars, with a club option for a third year. Helms was designated for assignment by the Phillies on April 2, 2008, and on April 5 was traded back to his old club, the Florida Marlins, for cash considerations with the Phillies paying all of Helms's 2008 salary and the Marlins covering Helms's 2009 option or buyout.

FULL ARTICLE AT WIKIPEDIA.ORG
This article is licensed under the GNU Free Documentation License.
It uses material from the Wikipedia article "Wes Helms."
Back to Article
/