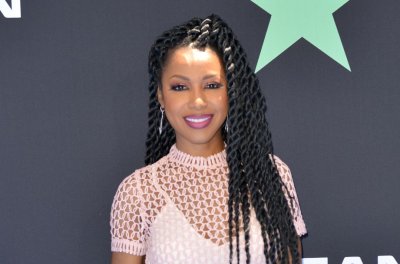 TV // 1 year ago
'Twenties' explores Lena Waithe's career and love life
Lena Waithe based her new BET comedy "Twenties" on her own struggles trying to break into Hollywood.

TV // 1 year ago
New Wanda Sykes/Mike Epps comedy 'The Upshaws' coming to Netflix
Wanda Sykes and Mike Epps are starring in and executive producing "The Upshaws" for Netflix.

Wanda is as tough as she appears to be. She is relentless. It is so irritating sometimes because she is like a dog with a chew toy

Wanda Sykes (born March 7, 1964) is an American writer, stand-up comedian and actress. She earned the 1999 Emmy Award for her writing on The Chris Rock Show. In 2004 Entertainment Weekly named her as one of the 25 funniest people in America.

She is well known for her role as Barb on The New Adventures of Old Christine and for her appearances on HBO's Curb Your Enthusiasm. In November 2009 The Wanda Sykes Show, her own late-night talkshow, premiered on Fox, airing Saturday nights. Sykes is openly lesbian, and has two children with her wife, Alex.

Sykes was born in Portsmouth, Virginia, and raised in the Washington, D.C., area. Her father served as a US Army colonel employed at the Pentagon, and her mother worked as a banker. She attended Arundel High School in Gambrills, Maryland, and went on to graduate from Hampton University where she earned a bachelor’s degree in marketing. After college, her first job was as a procurement officer with the National Security Agency (NSA), where she worked for five years.

FULL ARTICLE AT WIKIPEDIA.ORG
This article is licensed under the GNU Free Documentation License.
It uses material from the Wikipedia article "Wanda Sykes."
Back to Article
/