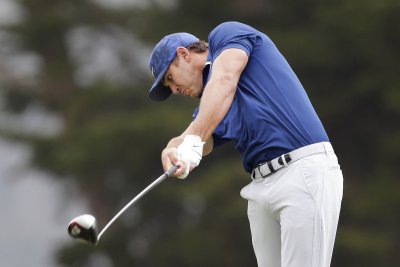 Sports News // 4 months ago
Brooks Koepka to skip U.S. Open due to injuries
Brooks Koepka, who has been dealing with hip and knee issues this year, withdrew from next week's U.S. Open at Winged Foot Golf Club. 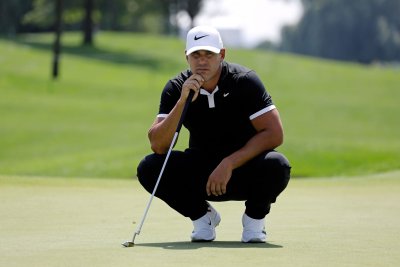 Golf // 3 years ago
2017 PGA Championship: Jordan Spieth tees it up for first crack at career Grand Slam
Jordan Spieth celebrated his 24th birthday during his week off after winning the 146th Open Championship at Royal Birkdale.

Walter Charles Hagen (December 21, 1892 – October 6, 1969) was a major figure in golf in the first half of the 20th century. His tally of eleven professional majors is third behind Jack Nicklaus (18) and Tiger Woods (14). He won the U.S. Open twice, and in 1922 he became the first native-born American to win the British Open, which he went on to win four times in total. He also won the PGA Championship a record-tying five times (1921, '24-'27), and the Western Open five times when it had near major championship status. Hagen totalled 45 PGA wins in his career, and was a six-time Ryder Cup captain.

Hagen was born in Rochester, New York, and came from a lower-class background. He developed his golf game at the Country Club of Rochester, beginning as a caddie, and earned money to help support his family from pre-teen age. Hagen played golf at every chance he got; caddie access to the course was limited to off-peak times, as it was elsewhere in the U.S. during that era. Hagen gradually improved his golf skill to the stage where he was an expert player by his mid-teens, and was then hired by the club to give lessons to club members and to work in the pro shop. He made his top-class professional debut at age 19 at the 1912 Canadian Open.

Hagen was also very skilled at baseball, primarily as a pitcher. He canceled a 1914 tryout for the Philadelphia Phillies in order to play in a golf tournament. Later that week, Hagen was the U.S. Open Champion, and his career was changed forever.

FULL ARTICLE AT WIKIPEDIA.ORG
This article is licensed under the GNU Free Documentation License.
It uses material from the Wikipedia article "Walter Hagen."
Back to Article
/