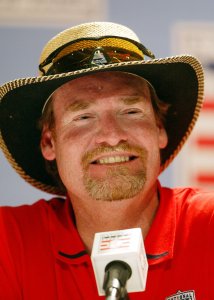 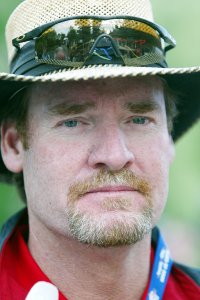 MLB // 3 years ago
David Ortiz could land in Red Sox TV booth this season
Former slugger David Ortiz will not be suiting up for the Boston Red Sox this season, although he could be behind the microphone on occasion.

Sports News // 4 years ago
Boston Red Sox roll; Jackie Bradley extends hitting streak to 29
BOSTON -- On a night when Boston celebrated one of its most memorable teams, Travis Shaw and the Red Sox continued to create memories of their own. 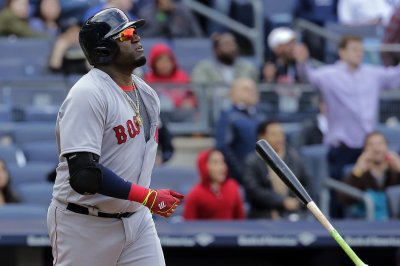 This is a very sad day for baseball. One of the game's great legends is gone. Ted Williams was the John Wayne of Baseball. A fighther pilot, a sportsman, an American hero. I remember the first time I met him. In 1976, only a few months after I was drafted, I was standing in line at a movie theater and he was right behind me. I was almost speechless, but I introduced myself and told him that I was just drafted by the Red Sox. He looked at me and said, `can you hit?' I told him I hit .485 in my senior year of high school and he said, `you'll do great.

Wade Anthony Boggs (born June 15, 1958) is a former Major League Baseball third baseman. He spent his 18-year baseball career primarily with the Boston Red Sox, but also played for the New York Yankees and Tampa Bay Devil Rays. His hitting in the 1980s and 1990s made him a perennial contender for American League batting titles, in much the same way as his National League contemporary Tony Gwynn. Boggs was elected to the Red Sox Hall of Fame in 2004 and the Baseball Hall of Fame in 2005. With 12 straight All-Star appearances, Boggs is third only to Brooks Robinson and George Brett in number of consecutive appearances as a third baseman. His finest season was 1987, when he set career highs in home runs (24), RBI (89), and slugging percentage (.588). He also batted .363 and had a .461 on-base percentage that year, leading the league in both statistics. In 1999, he ranked number 95 on the Sporting News list of the 100 Greatest Baseball Players, and was a nominee for the Major League Baseball All-Century Team.

Boggs, a 1976 graduate of Plant High School in Tampa, Florida, currently resides in the Tampa Palms neighborhood of Tampa.

Boggs played in the longest game in professional baseball history as a member of the Pawtucket Red Sox in 1981 against Cal Ripken, Jr. and the Rochester Red Wings.

FULL ARTICLE AT WIKIPEDIA.ORG
This article is licensed under the GNU Free Documentation License.
It uses material from the Wikipedia article "Wade Boggs."
Back to Article
/