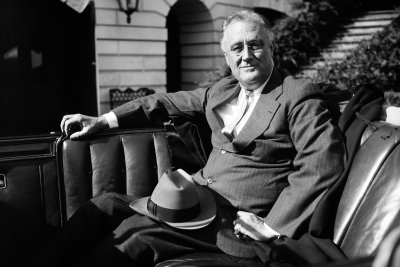 Top News // 3 years ago
The Almanac
On Nov. 26, 1922, in Egypt's Valley of the Kings, British archaeologists Howard Carter and George Carnarvon became the first humans to enter King Tutankhamen's treasure-laden tomb in more than 3,000 years.

William Somerset Maugham (pronounced /ˈmɔːm/, mawm), CH (25 January 1874 – 16 December 1965) was an English playwright, novelist and short story writer. He was among the most popular writers of his era and, reputedly, the highest paid author during the 1930s.

Maugham's father Robert Ormond Maugham was an English lawyer who handled the legal affairs of the British embassy in Paris, France. Since French law declared that all children born on French soil could be conscripted for military service, his father arranged for Maugham to be born at the embassy, technically on British soil. His grandfather, another Robert, had also been a prominent lawyer and co-founder of the English Law Society, and it was taken for granted that Maugham would follow in their footsteps. Although Maugham did not become a lawyer, his elder brother Viscount Maugham enjoyed a distinguished legal career and served as Lord Chancellor from 1938 to 1939.

Maugham's mother Edith Mary (née Snell) was consumptive, a condition for which her doctor prescribed childbirth. As a result, Maugham's three older brothers were already enrolled in boarding school by the time he was three, and he was effectively raised as an only child. Childbirth proved no cure for tuberculosis: Edith's sixth and final son died on 25 January 1882, one day after his birth, on Maugham's eighth birthday. Edith died six days later on 31 January at the age of 41. The death of his mother left Maugham traumatized for life; subsequently he kept his mother's photograph by his bedside for the rest of his life. Two years after Edith's death, Maugham's father died of cancer. Maugham was sent back to England to be cared for by his uncle, Henry MacDonald Maugham, the Vicar of Whitstable, in Kent. The move was catastrophic as Henry proved cold and emotionally cruel. The King's School, Canterbury, where Maugham was a boarder during school terms, proved merely another version of purgatory, where he was teased for his bad English (French had been his first language) and his short stature, which he inherited from his father. It was at this time that Maugham developed the stammer that would stay with him all his life, although it was sporadic and subject to mood and circumstance.

FULL ARTICLE AT WIKIPEDIA.ORG
This article is licensed under the GNU Free Documentation License.
It uses material from the Wikipedia article "W. Somerset Maugham."
Back to Article
/