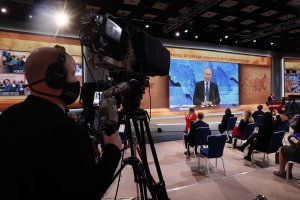 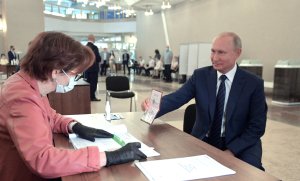 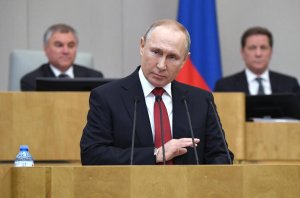 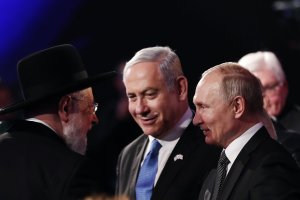 Defense News // 5 years ago
Report: Marine Corps may expand training in Ukraine
Marine Corps officials are considering beefing up their training program for local troops in Ukraine who may take on Russian-backed separatists.

U.S. News // 5 years ago
Obama, Castro to meet at United Nations
President Obama and Cuban leader Raul Castro will meet Tuesday at the United Nations to discuss the developing relationship between the countries.

Top News // 5 years ago
The Almanac
In 1964, the Warren Commission report on the assassination of U.S. President John F. Kennedy concluded there was no conspiracy and that the accused killer acted alone.

World News // 5 years ago
Obama and Putin plan official meet at U.N. General Assembly next week
Amid escalating tensions, President Barack Obama and Russian President Vladimir Putin will meet to discuss the issues in person at the United Nations.

Vladimir Vladimirovich Putin (/ˈpuːtɪn/; Russian: Влади́мир Влади́мирович Пу́тин; IPA: [vlɐˈdʲimʲɪr vlɐˈdʲimʲɪrəvʲɪtɕ ˈputʲɪn] ( listen), born 7 October 1952) has been the President of Russia since 7 May 2012, succeeding Dmitry Medvedev. Putin previously served as President from 2000 to 2008, and as Prime Minister of Russia from 1999 to 2000 and again from 2008 to 2012. During his last term as Prime Minister, he was also the Chairman of United Russia, the ruling party.

FULL ARTICLE AT WIKIPEDIA.ORG
This article is licensed under the GNU Free Documentation License.
It uses material from the Wikipedia article "Vladimir Putin."
Back to Article
/