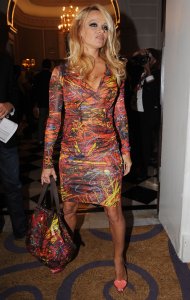 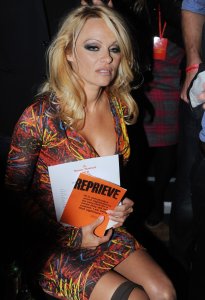 TV // 1 month ago
Sex Pistols series 'Pistol' coming to Hulu in May
"Pistol," an FX series about Sex Pistols guitarist Steve Jones directed by Danny Boyle, will premiere on Hulu in May.

Entertainment News // 3 years ago
Miley Cyrus kisses her dog Bean in new wedding photos
Miley Cyrus posted pictures with mom Tish Cyrus, sisters Brandi and Noah Cyrus, and one of her beloved pets from her nuptials to Liam Hemsworth.

She is linked with the Sex Pistols via Malcolm McLaren and their SEX boutique on Kings Road, Chelsea in London during the 1970s. The shop was at 430 Kings Road.

Westwood was born Vivienne Isabel Swire in the village of Tintwistle, Cheshire (now in the county of Derbyshire) on 8 April 1941. She studied at the Harrow School of Art, later to become the University of Westminster, for one term. Vivienne went on to attend Middlesex University Trent Park College and later taught at a primary school in North London. She loved teaching.

FULL ARTICLE AT WIKIPEDIA.ORG
This article is licensed under the GNU Free Documentation License.
It uses material from the Wikipedia article "Vivienne Westwood."