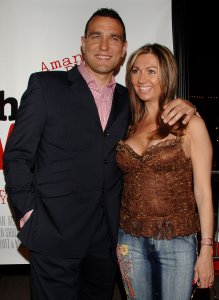 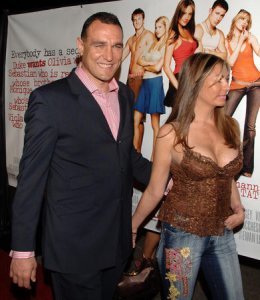 Entertainment News // 1 year ago
What to stream this weekend: 'Black Is King,' 'Muppets Now'
New streaming entertainment this weekend includes the Lollapalooza festival, a Beyonce special, return of The Muppets and movies starring Katie Holmes and Vinnie Jones.

Movies // 1 year ago
Vinnie Jones: Making 'The Big Ugly' was 'a Cinderella story'
Vinnie Jones, Malcolm McDowell and Leven Rambin discuss making "The Big Ugly," which Jones produced and is on VOD Friday.

Entertainment News // 2 years ago
Vinnie Jones' wife Tanya dies at 53
Tanya Jones, the wife of British actor and former soccer player Vinnie Jones, has died at the age of 53.

As a member of the "Crazy Gang", Jones won the 1988 FA Cup Final with Wimbledon F.C. Jones represented and captained Wales having qualified via a Welsh grandparent. He also previously played for Chelsea and Leeds United.

He has capitalised on his tough man image as a footballer and is now known as an actor for his aggressive style and intimidating demeanour.

FULL ARTICLE AT WIKIPEDIA.ORG
This article is licensed under the GNU Free Documentation License.
It uses material from the Wikipedia article "Vinnie Jones."