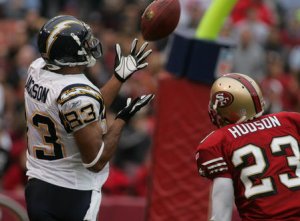 NFL // 2 years ago
Steelers try to stop throwing Ryan Fitzpatrick, Buccaneers
The Pittsburgh Steelers are off to a rough start and it doesn't figure to get any easier when they visit the suddenly potent Tampa Bay Buccaneers Monday night. 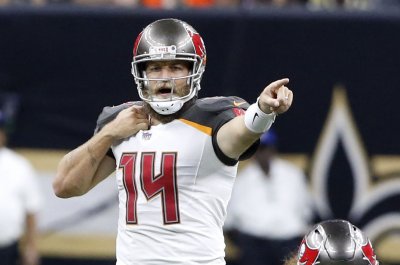 NFL // 2 years ago
Buccaneers aim to keep riding Fitzmagic vs. Steelers
The Tampa Bay Buccaneers are not who we thought they were. Neither is quarterback Ryan Fitzpatrick, who has enjoyed a remarkable rebirth in his 14th NFL season. 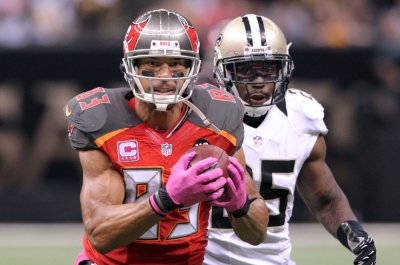 NFL // 3 years ago
2017 NFL Draft: Instant starters, plug-and-play options for all 32 teams
Out of this year's draft, there were a few reaches in The Sports Xchange's search for the top Plug and Play prospect on each team.

NFL // 3 years ago
QBs Tony Romo, Tyrod Taylor head flurry of moves
Wednesday was another busy day as NFL teams tried to re-sign their own players while negotiating with players from other teams.

We had multiple offers and the Chargers squashed them all

Vincent Jackson (born January 14, 1983 in Colorado Springs, Colorado), nicknamed "Action Jackson", is an American football wide receiver who currently plays in the National Football League for the San Diego Chargers. Vincent Jackson, sometimes referred to by his initials, V.J., or shortened to "VJax", has been selected to one Pro Bowl, and finished in the top fifteen and top ten in the NFL for receiving yards during the 2008 and 2009 seasons, respectively.

Jackson attended Widefield High School in Colorado Springs, Colorado. As a senior, he was a Rocky Mountain News All-State Honorable Mention, a first team All-Area pick, and a first team All-Conference pick. He also was a standout in basketball. A straight-A student in high school, Jackson was accepted to Columbia but decided to attend University of Northern Colorado on a partial scholarship to play both basketball and football.

Jackson played college football at the University of Northern Colorado. It was one of the few colleges that recruited Jackson out of high school. One of the few true freshman ever to play for the University of Northern Colorado, Vincent earned All American Honors as a punt returner, scoring the first time he ever touched a ball on a punt return against Adams State College (CO). He rewrote the record books on the way to becoming Northern Colorado's all-time leader in receptions, receiving yards (game & season), KR yards, PR yards, receiving touchdowns. His senior season was highlighted by a 13-catch 249-yard, 3-touchdown effort against Florida Atlantic.

FULL ARTICLE AT WIKIPEDIA.ORG
This article is licensed under the GNU Free Documentation License.
It uses material from the Wikipedia article "Vincent Jackson."
Back to Article
/