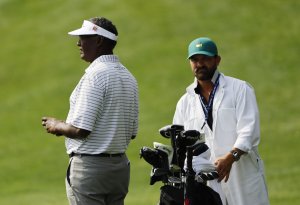 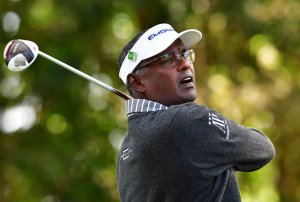 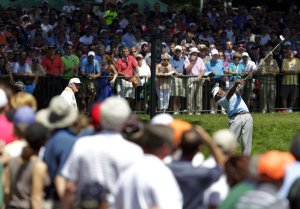 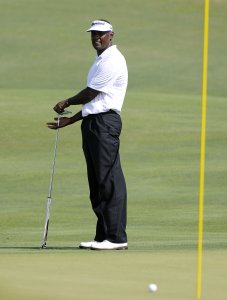 Sports News // 3 years ago
Masters golf 2019: Fun facts, Rory McIlroy leads best bets
Rory McIlroy is the favorite to win the 2019 Masters. UPI has you covered with more best bets to win the tournament and some fun facts from Augusta National.

Golf // 4 years ago
Rory McIlroy feels right at home at TPC Boston
Three times, the second event of the PGA Tour playoffs gave a sneak preview of the FedExCup champion.

Sports News // 5 years ago
PGA: Leaderboard crowded after first day at Canadian Open
An early string of five consecutive birdies rocketed Hudson Swafford to a share of the first-round lead at the RBC Canadian Open on Thursday in Oakville, Ontario.

I really played solid. I hit a lot of greens, a lot of fairways and did not make too many mistakes

Except of the second day, when I didn't drive the ball that well, I struck the ball well this week

I couldn't get the greens this morning, I don't know why

I just played well today, and made some nice putts to get it going

An Indo-Fijian of Hindu background, Singh was born in Lautoka, Fiji and grew up in Nadi. A resident of Ponte Vedra Beach, Florida, he is known for his meticulous preparation, often staying at the range hours before and after his tournament rounds working on his game.

Singh recollected to reporters about his childhood: "When we were kids we couldn't afford golf balls so we had to make do with coconuts. My father used to say, 'Little Vijay, golf balls don't fall off trees you know,' so I found some that did!" Growing up, he played snooker, cricket, football, and also the island's most popular sport, rugby. He is the son of Mohan Singh, an airplane technician who also taught golf. Growing up, he admired the swing of Tom Weiskopf, using it as an early model for his own.

FULL ARTICLE AT WIKIPEDIA.ORG
This article is licensed under the GNU Free Documentation License.
It uses material from the Wikipedia article "Vijay Singh."