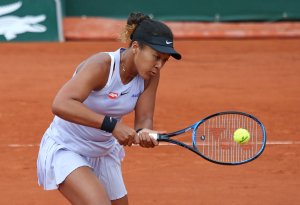 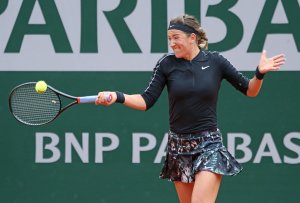 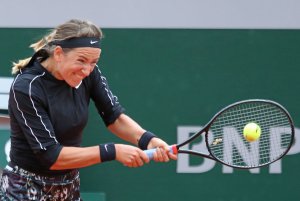 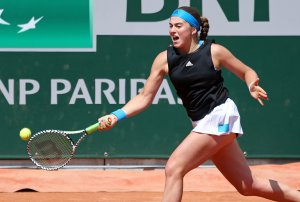 Sports News // 1 week ago
Dominic Thiem rallies from two sets down to win first major title at U.S. Open
After dropping the first two sets to Alexander Zverev on Sunday at Arthur Ashe Stadium, Dominic Thiem constructed a historic comeback to win his first major championship at the 2020 U.S. Open.

Sports News // 2 weeks ago
Osaka carries mask messages of equality into U.S. Open final
Naomi Osaka has worn masks, which have displayed the names of Black people killed or injured by police, before and after each of her matches at the 2020 U.S. Open. She'll do so again for Saturday's finale in Queens, N.Y.

Sports News // 2 weeks ago
U.S. Open tennis: Azarenka shocks Serena, reaches final vs. Osaka
Serena Williams roared in the first set of her U.S. Open semifinal clash with Victoria Azarenka before her unseeded foe climbed back into the match for an upset of the 23-time Grand Slam champion in Queens, N.Y.

Her move to Scottsdale from Minsk, Belarus was aided by National Hockey League goalie Nikolai Khabibulin and his wife, who is a friend of Azarenka's mother. In 2009 she posed in the French edition of FHM

Azarenka is an aggressive baseliner. She is known for her well timed and powerful groundstrokes. Her best shot is her backhand which is regarded as one of the strongest currently in the women's game. She can be effective at net, as her drive volley is one of the best in the women's game. Her main weakness is considered to be her serve, lacking both power and stability. Her forehand can also sometimes break down and produce unforced errors, although this has improved over the years.

FULL ARTICLE AT WIKIPEDIA.ORG
This article is licensed under the GNU Free Documentation License.
It uses material from the Wikipedia article "Victoria Azarenka."
Back to Article
/