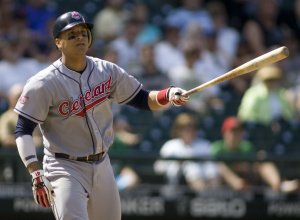 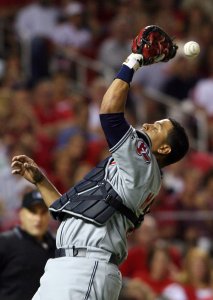 MLB // 2 years ago
Victor Martinez to retire as Tigers host Royals
Victor Martinez's playing career will come to an end on Saturday when the Detroit Tigers face the Kansas City Royals.

MLB // 2 years ago
Tigers' Martinez bids farewell to Cleveland
CLEVELAND -- Victor Martinez's first major league at bat came at age 23 as a member of the Cleveland Indians on Sept. 10, 2002, in what was known as Jacobs Field.

MLB // 2 years ago
Hot Torres, Yankees wrap up series with Tigers
NEW YORK -- For the past two weeks, Gleyber Torres has played shortstop for the New York Yankees.

MLB // 2 years ago
Yankees look to bounce back against Tigers
NEW YORK -- The final stretch of games against opponents with mostly losing records is producing some frustrating moments for the New York Yankees.

MLB // 2 years ago
Indians will try to put wins in bank vs. Tigers
DETROIT -- Even when the Cleveland Indians are feeling well, they always feel better after a visit to Dr. Detroit.

MLB // 2 years ago
Red Sox's Sale to make first post-All-Star start vs. Tigers
Fresh off a third consecutive start in the All-Star Game, Chris Sale goes back to pitching in a pennant race.

MLB // 2 years ago
Cubs step up plate production entering series with Tigers
At times this season, the Chicago Cubs have struggled to produce offensively, especially when it comes to situational hitting that turned hits into runs.

MLB // 2 years ago
Jordan Zimmermann coming off DL as Tigers aim for 4th straight win
The Detroit Tigers will go for their fourth victory in a row Saturday afternoon.

There's quite a bit of inflation, we estimate on the BPO side 10 to 12 percent annually

Martínez was signed by the Indians as an amateur free agent in 1996. He was named the Indians 2001 and 2002 Minor League Player of the Year (receiving the "Lou Boudreau Award"). After a pair of minor league MVP awards and batting titles in 2001 and 2002, he made his debut with Cleveland as a September call-up on September 10, 2002.

In 2003, Martínez played for the Triple-A Buffalo Bisons and the Indians. He finished with a combined .315 batting average, hitting at a .349 clip in August and September with the big league club. Exhibiting knowledge of the strike zone and an ability to make contact, he reduced his strikeout totals and produced a combined .376 on base percentage. He also drove in 63 runs, hitting .323 with runners in scoring position, and was selected to participate in the All-Star Futures Game played at Chicago's U.S. Cellular Field. From 2001–03, the Venezuelan slugger batted a combined .330 with 40 home runs and 194 RBI.

FULL ARTICLE AT WIKIPEDIA.ORG
This article is licensed under the GNU Free Documentation License.
It uses material from the Wikipedia article "Victor Martinez."
Back to Article
/