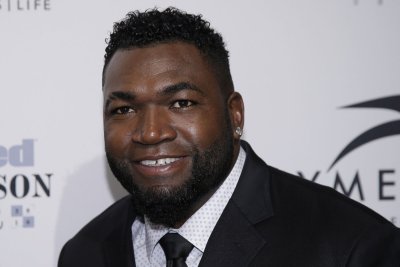 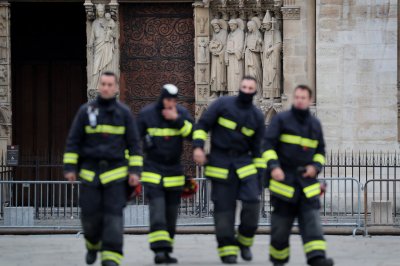 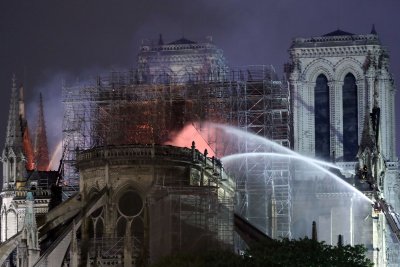 World News // 1 year ago
Paris' historic Notre-Dame Cathedral saved from 'total destruction'
Notre-Dame Cathedral, one of Paris' most recognizable landmarks, dating back to the 12th century, was engulfed in a devastating fire Monday evening.

U.S. News // 1 year ago
Accused leader of global drug ring extradited to L.A.
One of the leaders behind a half-billion-dollar drug operation was arraigned in Los Angeles after being extradited from Colombia, the Justice Department said.

Entertainment News // 3 years ago
Google honors author Victor Hugo with new Doodle
Google is celebrating the 155th anniversary of the final chapter of "Les Miserables" being released by honoring its author, Victor Hugo, with a new Doodle

U.S. News // 4 years ago
Italian court: Food theft 'not a crime' if hungry
It's not a crime to steal food out of necessity, according to Italy's Supreme Court of Cassation.

In France, Hugo's literary fame comes first from his poetry but also rests upon his novels and his dramatic achievements. Among many volumes of poetry, Les Contemplations and La Légende des siècles stand particularly high in critical esteem, and Hugo is sometimes identified as the greatest French poet. Outside France, his best-known works are the novels Les Misérables and Notre-Dame de Paris (also known in English as The Hunchback of Notre-Dame).

Though a committed royalist when he was young, Hugo's views changed as the decades passed; he became a passionate supporter of republicanism, and his work touches upon most of the political and social issues and artistic trends of his time. He is buried in the Panthéon.

FULL ARTICLE AT WIKIPEDIA.ORG
This article is licensed under the GNU Free Documentation License.
It uses material from the Wikipedia article "Victor Hugo."
Back to Article
/