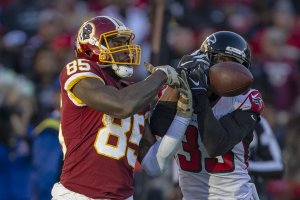 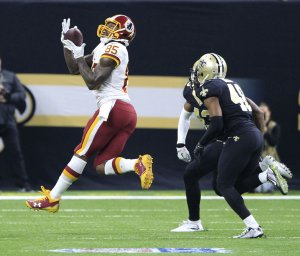 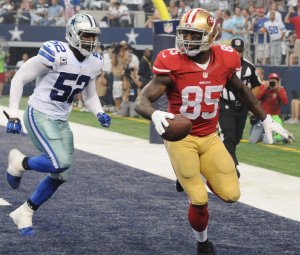 TV // 1 year ago
Two celebs will be sent packing on Monday's 'DWTS'
Monday's edition of "Dancing with the Stars" is expected to feature the elimination of not one but two contestants, ABC said.

Vernon Leonard Davis (born January 31, 1984) is a professional American football tight end for the San Francisco 49ers of the National Football League. He was drafted in the 1st round (6th overall) of the 2006 NFL Draft by the 49ers. Upon entering the league, Davis signed to a 5-year, $23 million deal that made him the highest paid tight end at the time. He joined current Tampa Bay Buccaneers tight end Kellen Winslow Jr. as the fourth highest tight end ever drafted after Ron Kramer, (Green Bay, No. 4 in 1957) Mike Ditka (Chicago, No. 5 in 1961) and Riley Odoms (Denver, No. 5 in 1972). After three mediocre, injury riddled seasons Davis finally broke out in 2009, leading the NFL in touchdown receptions and quickly vaulting himself into the league's elite at the tight end position.

Davis attended Dunbar High School in Washington, D.C., and was a letterman in football, basketball, and track & field. Regarded as a four-star recruit by Rivals.com, Davis was listed as the No. 4 tight end prospect of the class of 2003. In track & field, he was the DCIAA champion in the high jump with a jump of 6 ft 5 in (196 cm). While attending at Dunbar, he was teammates with future Cleveland Browns kick return specialist and wide receiver, Joshua Cribbs.

Davis played tight end and safety but he also played wide receiver, kick returner, linebacker and defensive end. In his senior season he caught 21 passes for 511 yards and 5 touchdowns, despite missing three games with a deep bone bruise below his knee. He also caught three two point conversions and returned two kick offs and two punts for touchdowns. He has 35 receptions for 385 yards as a junior.

FULL ARTICLE AT WIKIPEDIA.ORG
This article is licensed under the GNU Free Documentation License.
It uses material from the Wikipedia article "Vernon Davis."