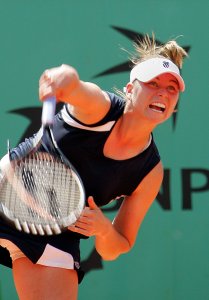 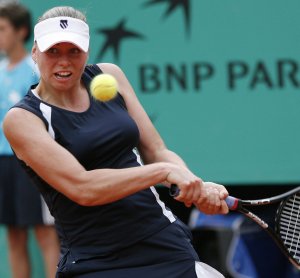 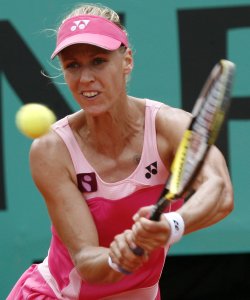 Sports News // 6 years ago
Serena struggles early, then cruises at Aussie Open
World No. 1 Serena Williams had to shake off a slow start before dispatching Vera Zvonareva in Thursday's second round of the Australian Open.

I haven't played for my country for a couple of years

I could barely walk; it was painful right away and I thought, 'Oh my God, I have to pack my bags and go home,

When I won the (match) point, I didn't know the score

I'm really happy with my game, especially with the kind of conditions we had today

Vera Igorevna Zvonareva (Russian: Вера Игоревна Звонарёва, pronounced   ( listen); born September 7, 1984) is a professional tennis player from Russia. She was introduced to tennis at the age of six and turned professional in 2000. She has reached a career high and current ranking of World No. 4. Zvonareva has won ten WTA Tour singles titles and reached the finals of the 2008 WTA Tour Championships, 2010 Wimbledon Championships and 2010 US Open. She also was a bronze medalist at the 2008 Beijing Olympics.

Zvonareva was born September 7, 1984 in Moscow, Russia to Igor Zvonarev and Nataliya Zvonareva (Bykova). Igor played Bandy (Russian hockey) in the USSR championship with Dynamo Moscow, while Nataliya played (field) hockey and was the bronze medalist at the 1980 Moscow Olympic Games. Vera was introduced to tennis at the age of six by her mother, although no other members of her family play the game.

Zvonareva started to compete on the ITF Circuit in 1999, debuting at an ITF tournament in Tbilisi, Georgia. She won three qualifying matches there to reach the main draw before losing in the first round. The next year, she won an ITF event in Moscow, Russia without dropping a set, despite being unranked. The event was just the second event she had played in her professional career. Five weeks later, she made her WTA-level debut at the Tier I tournament in Moscow, beating World No. 148 Elena Bovina before losing to World No. 11 Anna Kournikova in the second round. In 2001, she failed to qualify for WTA events in Key Biscayne, Florida and Moscow, but reached a semifinal at the ITF Circuit tournament in Civitanova, Italy. During this time, she also showed her adeptness in juniors' competition by winning the Orange Bowl under-18s event in 2000 and 2001.

FULL ARTICLE AT WIKIPEDIA.ORG
This article is licensed under the GNU Free Documentation License.
It uses material from the Wikipedia article "Vera Zvonareva."
Back to Article
/