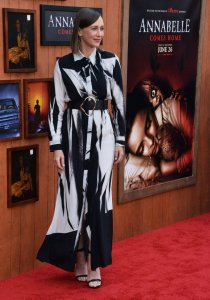 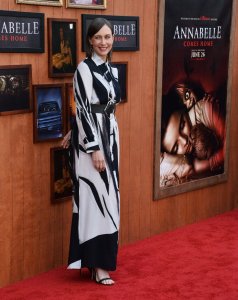 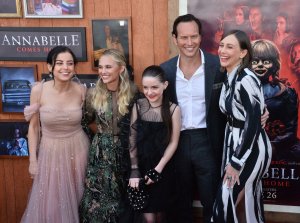 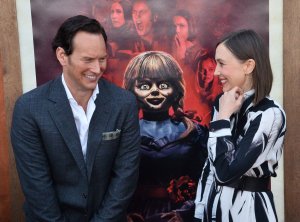 Movies // 1 month ago
'Conjuring' tops North American box office with $24M
"The Conjuring: The Devil Made Me Do It" is the No. 1 movie in North America, earning $24 million in receipts this weekend, BoxOfficeMojo.com announced Sunday.

Movies // 8 months ago
Prequel to 2009's 'Orphan' now filming in Winnipeg
Isabelle Fuhrman and Julia Stiles are shooting a prequel to the 2009 horror film, "Orphan."

Vera Ann Farmiga (pronounced /fɑrˈmiːɡə/; born August 6, 1973) is an Academy Award-nominated American actress, best known for her roles in the films Running Scared, The Departed, Orphan and Up in the Air. For her role in the last film, she was nominated for a Golden Globe, Screen Actors Guild Award, a BAFTA and Academy Award.

Farmiga, the second oldest of seven children, was born in Clifton, New Jersey. She is the daughter of Ukrainian immigrants Mykhailo, a computer-systems analyst, and Luba Farmiga, a schoolteacher. Farmiga was raised in an insular Ukrainian American community, not speaking English until the age of six. She attended a Ukrainian Catholic school in Newark and toured with a Ukrainian folk-dancing ensemble, Syzokryli. In 1991, Farmiga graduated from Hunterdon Central Regional High School.

Although she originally intended to become an optometrist, Farmiga attended Syracuse University's School of Visual and Performing Arts. She made her Broadway debut in 1996 as an understudy in the play Taking Sides. The same year, she starred as Miranda in the American Conservatory Theater production of The Tempest. Following her theater debut, she played a role the television series, Roar, which was filmed in Australia, alongside Heath Ledger. Farmiga said that the series "wanted to be Braveheart but turned out more Xena: Warrior Princess." Throughout the late 1990s, she continued appearing in stage, television and film roles, including a part in the 1998 film Return to Paradise.

FULL ARTICLE AT WIKIPEDIA.ORG
This article is licensed under the GNU Free Documentation License.
It uses material from the Wikipedia article "Vera Farmiga."
Back to Article
/