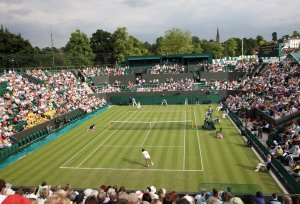 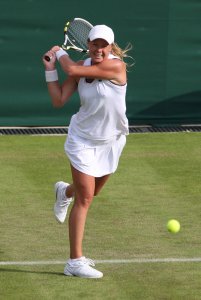 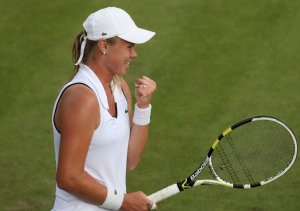 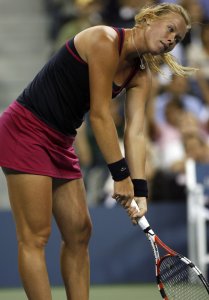 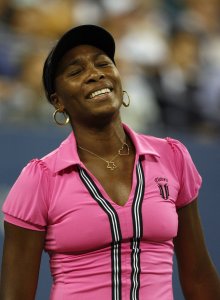 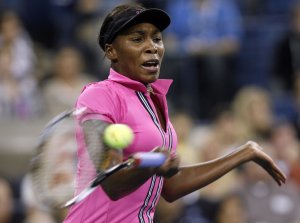 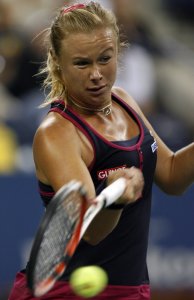 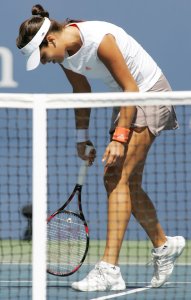 Vera Yevgenyevna Dushevina (Russian: Вера Евгеньевна Душевина; born 6 October 1986) is a Russian professional female tennis player. She was born in Moscow but now resides in Khimki, Russia. In 2006, she changed the spelling of her family name from Douchevina to Dushevina.

Dushevina began playing tennis at the age of seven under her father, Yevgeny, an engineer. Her mother, Elena is a teacher.

Dushevina reached her first Women's Tennis Association singles final in 2005, at the International Women's Open in Eastbourne, England, where she finished runner-up to former World No. 1 Kim Clijsters. Two years later, she reached her second final at the Nordea Nordic Light Open, losing in straight sets to Agnieszka Radwańska. Dushevina reached the final of the Stockholm event again in 2007, losing to Caroline Wozniacki. Dushevina has won one doubles title, the Warsaw Open, playing with Tatiana Perebiynis in 2007. She was also a part of the winning Russian team in the 2005 Fed Cup, winning doubles ties in the quarter- and semi-finals finals partnering Dinara Safina. Dushevina began writing a blog for Eurosport about her time on the tour in 2009.

FULL ARTICLE AT WIKIPEDIA.ORG
This article is licensed under the GNU Free Documentation License.
It uses material from the Wikipedia article "Vera Dushevina."