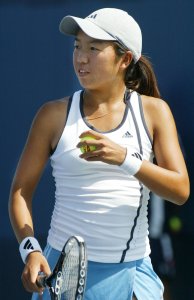 Entertainment News // 3 years ago
Beyonce, Jay Z cheer on Serena Williams at U.S. Open
Beyoncé and husband Jay Z were all smiles as they watched Serena Williams beat Vania King in the second round of the U.S. Open Tennis Championships. 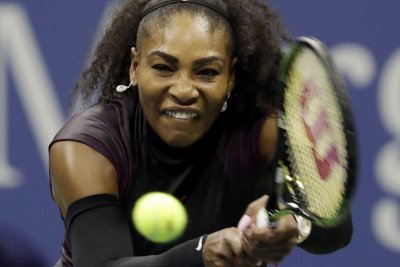 Sports News // 4 years ago
Puerto Rico's Monica Puig advances in Brazil
Third-seeded Monica Puig of Puerto Rico advanced to the semifinals of the Brasil Tennis Cup with a 6-3, 6-4 victory.

I'm pretty happy with my play, although I'm disappointed to lose

The whole atmosphere, clinching the tie was just a dream come true

I started slow; I was a bit tired from yesterday

King's parents moved to the United States from Taiwan in 1982. She is the youngest of four children. Her brother Phillip was a four-time All-American at Duke University and two-time US junior champion.

In 2006 King won her only WTA singles title at the PTT Bangkok Open, a Tier III tournament with $200,000 in total prize money. She defeated Tamarine Tanasugarn in the final. On November 6, 2006, King achieved her career-high singles ranking of 50th overall.

FULL ARTICLE AT WIKIPEDIA.ORG
This article is licensed under the GNU Free Documentation License.
It uses material from the Wikipedia article "Vania King."
Back to Article
/