Movies // 16 hours ago
Fourth 'Hotel Transylvania' film set for fall release
The fourth and final installment in Sony's "Hotel Transylvania" film franchise will be released in theaters Oct. 1 instead of July 23 as planned. 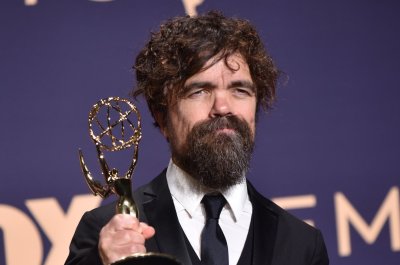 Entertainment News // 9 months ago
Netflix: What's coming and going in September 2020
"Ratched," "Away," "The Devil All the Time" and "I'm Thinking of Ending Things" are headed to Netflix.

TV // 2 years ago
'I-Land' with Kate Bosworth among new Netflix sci-fi series
Netflix shared details about "The I-Land," "October Faction" and "Warrior Nun" after picking up the shows to series.

Movies // 5 years ago
Sofia Boutella in talks to star in monster reboot 'The Mummy'
Breakout "Kingsman: The Secret Service" star Sofia Boutella is in talks to star in Universal's monster reboot of "The Mummy"
Entertainment News // 6 years ago
Kristen Stewart affair costs Rupert Sanders in divorce settlement
Rupert Sanders' kiss with Kristen Stewart will cost him millions of dollars in his divorce settlement with Liberty Ross.

I'm a little worried about being known as the 'big blockbuster guy.

van Helsing is a Dutch doctor with a wide range of interests and accomplishments, partly attested by the string of letters that follows his name: "M.D., D.Ph., D.Litt., etc." The character is best known as a vampire hunter, and the arch-enemy of Count Dracula.

The typically Dutch prefix "van" gives the name a Dutch appearance. If Dutch, the "v" in his last name should not be capitalized. The character however uses German words instead of Dutch, such as "mein Gott" and "toll", which translate in English to "my God" and "amazing" respectively. At the time, German was a lingua franca throughout most of northern and central continental Europe, including the Nordic countries and Transylvania, a fact Stoker uses in the story when van Helsing's friend Jonathan Harker and the locals of Transylvania talk to each other using German.

FULL ARTICLE AT WIKIPEDIA.ORG
This article is licensed under the GNU Free Documentation License.
It uses material from the Wikipedia article "Van Helsing."
Back to Article
/