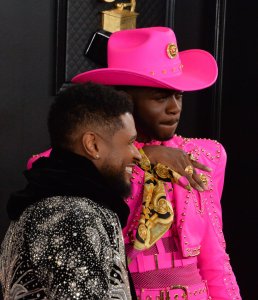 Science News // 2 weeks ago
Farm robots could bring utopia or disaster, scientist warns
Agriculture is already highly mechanized, and in the not too distant future, agricultural economist Thomas Daum predicts entire farms will be run by robots.

I decided to not fire, not get rid of, but to give (my mother) the ultimate compliment -- to retire her to be a full-time grandmother. My mother and I decided to change her situation, together

Although it was our original intention (to remain open), we believe that may see the cost go up by a further 1 million pounds ($1.85 million) and there is no guarantee it would not be more than that

Usher is the debut album by American singer Usher, released on August 30, 1994 by LaFace Records and Arista Records. It peaked at number one hundred and sixty-seven on the Billboard 200. Usher also co-wrote four out of the fourteen songs on the album. Despite the success of the singles, it is his lowest-selling album to date selling a little over 50,000 units.

FULL ARTICLE AT WIKIPEDIA.ORG
This article is licensed under the GNU Free Documentation License.
It uses material from the Wikipedia article "Usher."
Back to Article
/