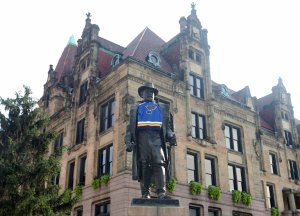 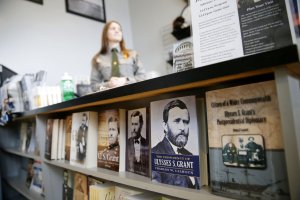 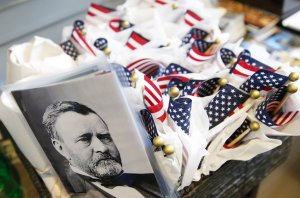 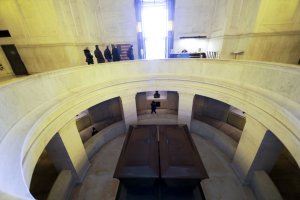 Defense News // 2 years ago
James Mattis bids farewell to DoD: 'Keep the faith in our country'
Outgoing Defense Secretary James Mattis told department staff to maintain faith in the country in a farewell message on Monday.

Top News // 3 years ago
The Almanac
On April 27, 1993, Kuwait said it foiled an Iraqi plot to assassinate former President George H.W. Bush during his visit earlier in the month.

For myself I was bitterly opposed to the measure of annexation, and to this day regard the war which resulted as one of the most unjust ever waged by a stronger against a weaker nation. It was an instance of a republic following the bad example of European monarchies in not considering justice in their desire to acquire additional territory

I have come to see Ida Lewis, and to see her I'd get wet up to my armpits if necessary

Ulysses S. Grant (born Hiram Ulysses Grant; April 27, 1822 – July 23, 1885) was the 18th President of the United States (1869–1877) as well as military commander during the Civil War and post-war Reconstruction periods. Under Grant's command, the Union Army defeated the Confederate military and ended the Confederate States of America. Grant began his lifelong career as a soldier after graduating from the United States Military Academy at West Point in 1843. Fighting in the Mexican–American War, he was a close observer of the techniques of Generals Zachary Taylor and Winfield Scott. He resigned from the Army in 1854, then struggled to make a living in St. Louis and Galena, Illinois.

After the American Civil War began in April 1861, he joined the Union war effort, taking charge of training new regiments and then engaging the Confederacy near Cairo, Illinois. In 1862, he fought a series of major battles and captured a Confederate army, earning a reputation as an aggressive general who seized control of most of Kentucky and Tennessee at the Battle of Shiloh. In July 1863, after a long, complex campaign, he defeated five Confederate armies (capturing one of them) and seized Vicksburg. This famous victory gave the Union control of the Mississippi River, split the Confederacy, and opened the way for more Union victories and conquests. After another victory at the Battle of Chattanooga in late 1863, President Abraham Lincoln promoted him to the rank of lieutenant general and gave him charge of all of the Union Armies. As Commanding General of the United States Army from 1864 to 1865, Grant confronted Robert E. Lee in a series of very high casualty battles known as the Overland Campaign that ended in a stalemate siege at Petersburg. During the siege, Grant coordinated a series of devastating campaigns launched by William Tecumseh Sherman, Philip Sheridan, and George Thomas. Finally breaking through Lee's trenches at Petersburg, the Union Army captured Richmond, the Confederate capital, in April 1865. Lee surrendered to Grant at Appomattox. Soon after, the Confederacy collapsed and the Civil War ended.

During Reconstruction, Grant remained in command of the Army and implemented the Congressional plans to reoccupy the South and hold new elections in 1867 with black voters. This gave Republicans control of the Southern states. Enormously popular in the North after the Union's victory, he was elected to the presidency in 1868. Reelected in 1872, he became the first president to serve two full terms since Andrew Jackson did so forty years earlier. As president, he led Reconstruction by signing and enforcing civil rights laws and fighting Ku Klux Klan violence. He helped rebuild the Republican Party in the South, an effort that resulted in the election of African Americans to Congress and state governments for the first time. Despite these civil rights accomplishments, Grant's presidency was marred by economic turmoil and multiple scandals. His response to the Panic of 1873 and the severe depression that followed was heavily criticized. His low standards in Cabinet and federal appointments and lack of accountability generated corruption and bribery in seven government departments. In 1876, his reputation was severely damaged by the graft trials of the Whiskey Ring. In addition, his image as a war hero was tarnished by corruption scandals during his presidency. He left office at the low point of his popularity.

FULL ARTICLE AT WIKIPEDIA.ORG
This article is licensed under the GNU Free Documentation License.
It uses material from the Wikipedia article "Ulysses S. Grant."
Back to Article
/