U.S. News // 1 year ago
Union workers strike at 10 campuses, 5 hospitals in California university system
Tens of thousands of workers in the statewide University of California system will strike Thursday over concerns that jobs are being outsourced, union officials said.

Science News // 1 year ago
Study: Ice ages triggered by tectonic collisions in the tropics
The planet's periodic cooling is caused by collisions between continental land masses and volcanic arcs in the tropics.

MLB // 2 years ago
Indians set to face Tigers in AL Central clash
CLEVELAND -- The Cleveland Indians have spent much of the first half of the season looking for a dependable No. 5 starter for their rotation to slot in behind Corey Kluber, Trevor Bauer, Carlos Carrasco and Mike Clevinger. 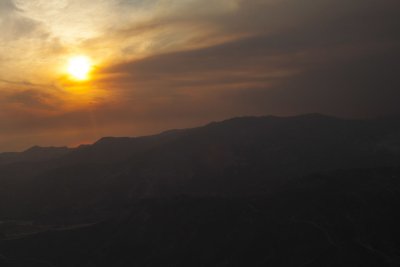 U.S. News // 2 years ago
California fires now burning over 350 square miles
The Thomas Fire in Southern California is now more than 350 square miles -- and firefighters are still struggling to get it under control, officials said. 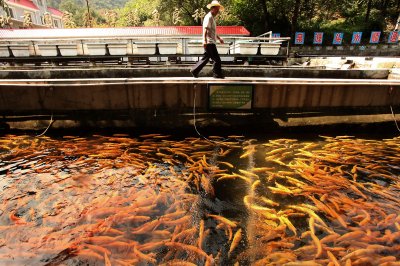 Science News // 4 years ago
Scientists consider the future of seafood and farmed fish
Researchers believe farming fish is the only viable way to meet the growing demand for animal protein, which is expected to double over the next 40 years.

Under open access, you have a free-for-all race-to-fish, which ultimately leads to collapse

This represents an advance in our ability to predict wildfires

UCSB is a comprehensive doctoral university and is organized into five colleges offering 87 undergraduate degrees and 55 graduate degrees. The campus is the 5th-largest in the UC system by enrollment with 19,800 undergraduate and 3,050 graduate students. The university granted 5,442 bachelor's, 576 master's, and 310 Ph.D. degrees in 2006–2007. The four-year, full-time undergraduate program is classified by the Carnegie Classification of Institutions of Higher Education as "more selective, higher transfer-in". In 2010, UCSB was ranked 39th among "National Universities" by U.S. News & World Report, 29th worldwide by the Times Higher Education World University Rankings and 32nd worldwide by the Academic Ranking of World Universities.

UC Santa Barbara is a "very high activity" research university and spent $191.2 million on research expenditures in the 2007 fiscal year, 97th-largest in the United States. UCSB houses twelve national research centers, including the renowned Kavli Institute for Theoretical Physics. UCSB faculty includes five Nobel Prize laureates, one Fields Medalist, 29 members of the National Academy of Sciences, 27 members of the National Academy of Engineering, and 23 members of the American Academy of Arts and Sciences. UCSB was elected to the Association of American Universities in 1995. UCSB was the #3 host on the ARPAnet.

FULL ARTICLE AT WIKIPEDIA.ORG
This article is licensed under the GNU Free Documentation License.
It uses material from the Wikipedia article "UC Santa Barbara."
Back to Article
/