MLB // 2 years ago
Blue Jays go for series sweep against Orioles
TORONTO -- The Toronto Blue Jays hope to continue a trend Sunday afternoon when they try to complete a three-game sweep of the Baltimore Orioles.

MLB // 2 years ago
Orioles move on after Machado deal to face Blue Jays
TORONTO -- The Baltimore Orioles begin life without star shortstop Manny Machado on Friday night when they open a three-game series against the Toronto Blue Jays. 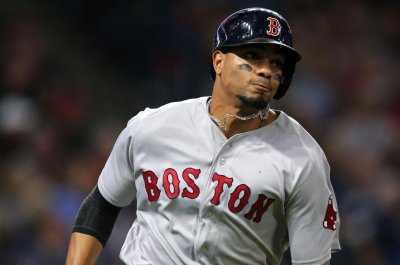 MLB // 2 years ago
Red Sox hope to enter break with another win
BOSTON -- Brian Johnson comes off the disabled list to get his latest shot at being Boston's No. 5 starter when he pitches for the Red Sox in Sunday's series finale against the Toronto Blue Jays in the final game for both teams before the All-Star break.

NBA // 2 years ago
Blue Jays hope to get series win vs. Angels
TORONTO -- The Toronto Blue Jays will make another attempt to win their first home series in more than a month Thursday afternoon when they complete a three-game set against the Los Angeles Angels.

MLB // 2 years ago
Blue Jays aim to avoid sweep vs. Athletics
TORONTO -- The Oakland Athletics, who were swept in a four-game series last season at the Rogers Centre, have a chance for a total turnaround during this year's visit.

MLB // 2 years ago
Stanton, Yankees hope for encore vs. Blue Jays
TORONTO -- Giancarlo Stanton made a first impression as a New York Yankee that will be hard to forget. 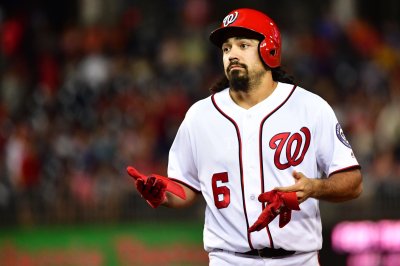 Clippard was drafted in the 9th round of the 2003 MLB Draft by the New York Yankees out of J. W. Mitchell High School. He was playing for the Central Florida Renegades Connie Mack team in Florida when he was drafted.

From 2003-2006, in the minor leagues, he averaged 7.5 hits, 2 walks, and 10 strikeouts per 9 innings for Yankees' farm teams. While playing for the Trenton Thunder in 2006, Clippard threw the franchise's first no-hitter.

FULL ARTICLE AT WIKIPEDIA.ORG
This article is licensed under the GNU Free Documentation License.
It uses material from the Wikipedia article "Tyler Clippard."
Back to Article
/