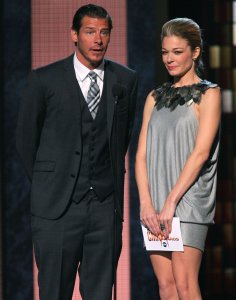 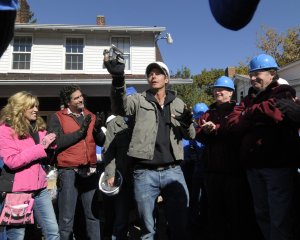 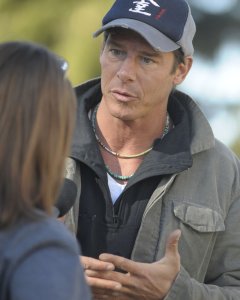 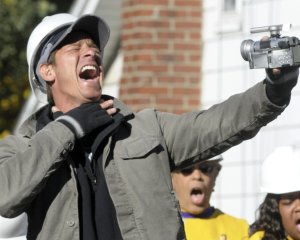 TV // 1 year ago
'Trading Spaces' stars reunite for video chat
The stars of the iconic home-decoration series "Trading Spaces" reunited via video chat while social distancing amid the coronavirus pandemic.

TV // 3 years ago
New episodes of 'Trading Spaces' to air in 2019
TLC has announced production is underway on the 2019 season of its home makeover show "Trading Spaces."

TV // 4 years ago
'Trading Spaces' returning to TLC
TLC has announced it is reviving its re-decorating docu-series "Trading Spaces."

I am very excited that the first issue was such a huge success. The positive feedback has been incredible. I'm stoked that the magazine will be quarterly this year and that the ideas in it are inspiring people to try new things. It's a dream come true

So many of my childhood memories are about having fun with friends on the playground at recess and after school and playing sports, too. I know that kids, especially those who have ADHD, need to stay active, and 'Project Playground' will leave these students with an awesome place where they can use their energy and channel their abilities in school and after school

I'm happy to bring closure to my recent court proceedings

I don't want to let the family down, and all of us with the show want to give them the new house they deserve

Tygert Bruton "Ty" Pennington (born Gary Tygert Bruton on October 19, 1964 in Atlanta, Georgia) is an American television host, model, philanthropist, and carpenter. He is most notable for being the host of Extreme Makeover: Home Edition which currently airs on ABC in the US and Ty's Great British Adventure, which airs on UKTV home in the UK. Previously, Pennington was a carpenter on the TLC reality show Trading Spaces. Currently, he manufactures a line of furniture with the Howard Miller Company.

Tygert Pennington was born on October 19, 1964 as Gary Tygert Bruton, the second son of school psychologist Yvonne Bruton. Yvonne separated from Ty's father when he and his older brother Wynn were very young, and spent several years as a single parent before she eventually remarried. Her new husband adopted both boys, giving them both the Pennington name. Pennington grew up in Atlanta, Georgia, primarily in his hometown of Marietta. He was also diagnosed with ADHD when he was 17.

A self-described "Jack of all trades", Pennington learned woodworking early in life. His interest in home improvement started when he and several neighborhood kids built a three-story treehouse in their neighborhood, which Ty designed at the age of 12. From there, he began teaching himself about carpentry and home improvement. After attending Sprayberry High School in Marietta, Georgia, he attended Kennesaw State University, following which he received his undergraduate degree in graphic design from the Atlanta College of Art while working his way through school as a carpenter.

FULL ARTICLE AT WIKIPEDIA.ORG
This article is licensed under the GNU Free Documentation License.
It uses material from the Wikipedia article "Ty Pennington."