College Basketball // 3 years ago
Purdue, Texas Tech coaches have history
Neither Purdue coach Matt Painter nor Texas Tech coach Chris Beard said they believe their previous meeting will have any impact when their teams face off in the Sweet 16 of the NCAA Tournament on Friday night in Boston.

College Basketball // 3 years ago
No. 22 Wichita State looks to turn things around vs. Memphis
The only shocking that's been going on around Wichita State lately are the shocking losses that have been mounting.

College Basketball // 4 years ago
No. 15 Cincinnati tops Memphis to extend home streak
CINCINNATI -- University of Cincinnati head coach Mick Cronin didn't feel the need to rant following the Bearcats' win over Memphis on Thursday. The numbers spoke for themselves. 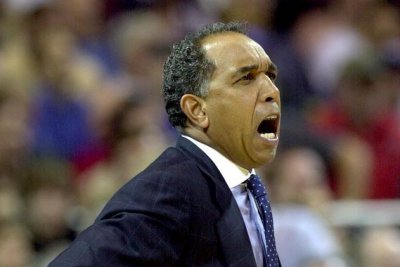 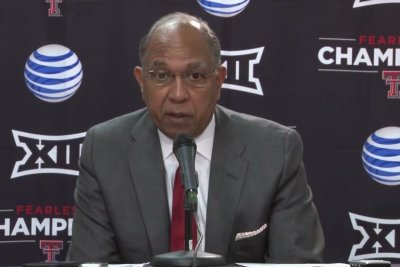 Sports News // 5 years ago
Tubby Smith on Memphis' radar
Tubby Smith is the leading candidate to become the head coach at Memphis, according to multiple reports on Wednesday.

Sports News // 5 years ago
Kelan Martin warms up to help Butler topple Texas Tech
RALEIGH, N.C. - All Butler guard Kelan Martin needed was a little time to warm up in the NCAA Tournament.

FULL ARTICLE AT WIKIPEDIA.ORG
This article is licensed under the GNU Free Documentation License.
It uses material from the Wikipedia article "Tubby Smith."
Back to Article
/