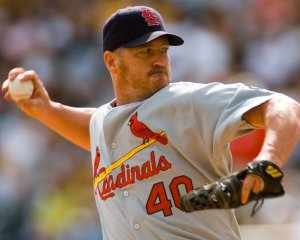 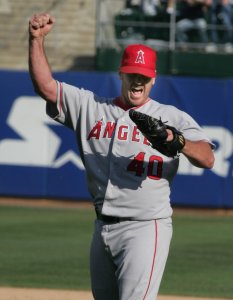 Troy Eugene Percival (born August 9, 1969 in Fontana, California) is a Major League Baseball closer, who plays for the Tampa Bay Rays. He spent most of his career with the California/Anaheim Angels and was a key member of that franchise's 2002 World Series championship team.

He started playing baseball at Moreno Valley Youth Federation (MVYF) and was coached by Bill Yearsley in his early years. Percival played on the Moreno Valley High School baseball team, before attending the University of California, Riverside. He was then drafted by the California Angels in the 6th round of the 1990 amateur draft as a catcher. He batted .200 in his only season as a catcher and was converted to a pitcher when coaches noticed that his return throws to the mound were actually faster than the pitches he caught. He made his Major League debut as a reliever in 1995, and was mostly used as a setup man for Lee Smith. he was not coached by bill yeasrsley, he was actually coached by his father Richard Percival for all of his childhood years. Bill yearsley was the head of the youth federation. I know this because I am Troys sister, Sherri Percival.

FULL ARTICLE AT WIKIPEDIA.ORG
This article is licensed under the GNU Free Documentation License.
It uses material from the Wikipedia article "Troy Percival."
Back to Article
/