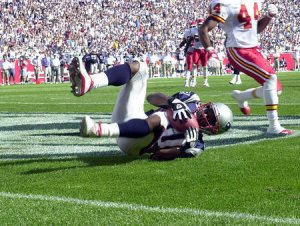 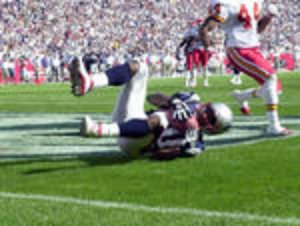 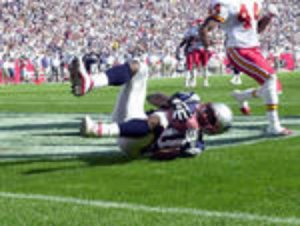 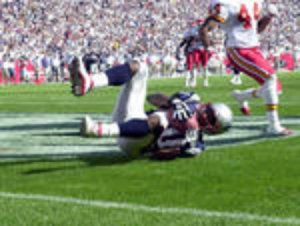 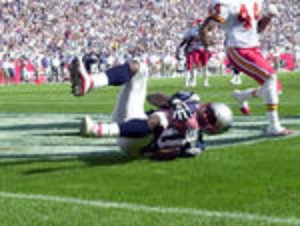 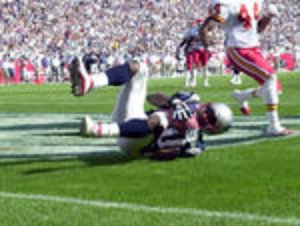 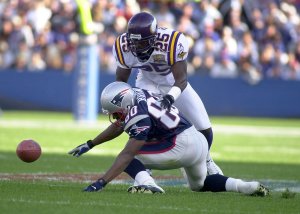 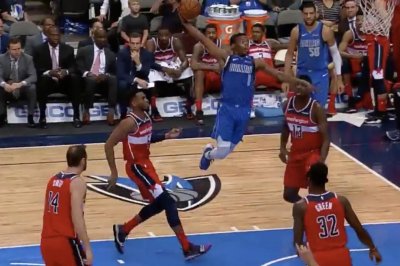 NBA // 2 years ago
2018 NBA Draft: Suns select Deandre Ayton at No. 1
Here is a complete breakdown of every first-round selection in the 2018 NBA Draft held Thursday night at the Barclays Center in New York.

Sports News // 5 years ago
Rob Gronkowski, New England Patriots hammer Pittsburgh Steelers
A week after hammering the NFL in court, Tom Brady did the same thing to the Pittsburgh Steelers.
U.S. News // 7 years ago
One death reported in Louisiana plant explosion
At least one person was killed in a blast Thursday morning at a chemical plant in Geismar, La., state police said.
U.S. News // 1 decade ago
Court rebuffs child-rape verdict challenge
The U.S. Supreme Court Monday threw out a lower-court ruling that struck down a child rape conviction based on DNA evidence.
Sports News // 1 decade ago
Patriots WR Troy Brown retires
Troy Brown, the all-time leading receiver for the New England Patriots, has retired after 15 years in the NFL.

Of course when you score on your first three possessions like that, it's great

We just go out and play the game. The only message we sent today is we're 2-0

I saw Lawyer coming and he got a good block on him, and the next person I saw was Richard Seymour just creaming the kicker, and it was free sailing from there

I'm looking forward to finishing the season out strong and whatever happens, happens

Troy Fitzgerald Brown (born July 2, 1971 in Barnwell, South Carolina) is a former American football wide receiver in the National Football League. He was drafted by the New England Patriots in the eighth round of the 1993 NFL Draft. He played college football at Marshall.

Brown played his entire 15-year career with the Patriots. He earned three Super Bowl rings with the team and retired as the franchise leader in career receptions.

In college, Brown was a standout wide receiver, punt returner, and kickoff returner for Marshall University, leading the Division I-AA in both kickoff and punt return average in 1991, a year in which he and quarterback Todd Donnan tied a record by combining for a 99-yard pass play against Virginia Military Institute. The following year, Marshall claimed its first national championship with Brown as its primary wide receiver and returner. In the championship game, Brown sealed the win by intercepting a Hail Mary Youngstown State pass in the final seconds of the game.

FULL ARTICLE AT WIKIPEDIA.ORG
This article is licensed under the GNU Free Documentation License.
It uses material from the Wikipedia article "Troy Brown."
Back to Article
/